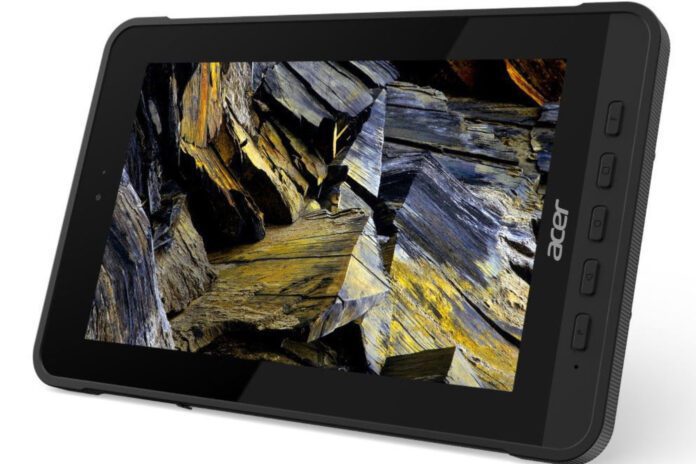 The five most important things you should know about Acer’s new Enduro T1 ruggedized tablet are:

With its new Enduro line of devices–which includes ruggedized laptops and notebooks–Acer is jumping right in to compete with more established device makers such as Dell, Samsung and Panasonic. It’s a formidable market to be joining, but there apparently is a large need for these devices–especially in use cases such as retail, manufacturing, warehousing and remote locations with extreme weather.

The fact is, stuff happens all the time to these powerful IT devices, and that stuff is usually not good. Phones, tablets, laptops, watches–they all get dropped, stepped upon, left behind in vehicles, bounced around in transit and generally misused all the time, no matter how much we try to baby them. If a device is made tough on the outside and solid on the inside so as to withstand a high percentage of these knocks and bumps, the longer it’ll be in service and of good use to its owner and the company to which both belong. Multiply long-lived devices by a greater number of employees, and the economics clearly bear themselves out as favorable to CFOs.

Acer is much more well known for its relatively light, inexpensive, yet reliable business and consumer notebooks and laptops, but it’s branching out now in this new category because the market is demanding it. More and more people are working in far-flung places, cloud services are more accessible in these places, and the coming of 5G connectivity is only going to drive these trends faster.

This review will focus only on the T1 tablet, which is a little heavy but feels solid your hand and is responsive to the touch. In this case, one would expect it to be a bit on the heavy side; I would be very suspect if it weren’t.

The T1 is available either as a 10.1-inch Windows 10 tablet, or an 8-inch Android 9.0 tablet. The Android version runs on a MediaTek MT8385 quad-core ARM processor, 4GB of LPDDR4 RAM, and a 64GB eMMC storage drive. Both tablets achieved MIL-STD 810G and IP54 certification.

Some technical aspects of the T1

The Windows version runs on a quad-core Celeron N3450 processor, 4GB of LPDDR4 RAM, Intel Graphics 500, and a 64GB eMMC drive. Battery life is rated at 10 hours, but as we indicated previously, we think it’s actually better than that.

As for the audio features, the T1 has a single speaker, an integrated microphone and a 3.5 mm jack input for connecting headphones. It also has a double webcam – front and rear – with a resolution of 1600 x 1200 pixels and 2560 x 1920 pixels respectively. The battery is a 37Wh two-cell unit that supports fast charging via 45W USB Type-C.

In connectivity, the Enduro features a dual-band WiFi module (2.4GHz / 5GHz) for a stable connection, Bluetooth 4.2, GPS, NFC optional and on the interfaces: micro HDMI, USB 3.2, USB Type-C for the power supply, keyboard connector, microSD card reader and USB 2.0. The various power buttons, volume adjustment, access to Windows functions and the two programmables are all arranged on the sides of the screen and not on the side edge as in most tablets.

Some other facts on the T1 Tablet:

The Windows version of the tablet is priced at $555.29 on Colamco.