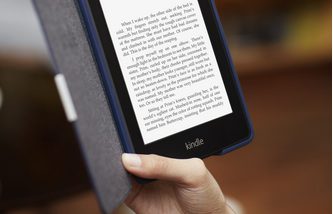 Amazon has announced that it is buying Goodreads, a book-recommendations site with 15 million opinionated members who have posted more than 21 million reviews.

The deal—the financial details of which have not been made public—nods to both the megasite’s bookseller roots and its growth into new areas, including tablets and e-readers.

“Goodreads has helped change how we discover and discuss books and, with Kindle, Amazon has helped expand reading around the world. … Together we intend to build many new ways to delight readers and authors alike,” Russ Grandinetti, Amazon vice president of Kindle Content, said in a March 28 statement.

Otis Chandler, CEO of Goodreads, added that combining the companies will help to more quickly bring the Goodreads experience to millions of readers around the world and help more readers “find great books, whether they read in print or digitally.”

In a more personal blog post on the Goodreads site, Chandler said he was excited about the deal for three reasons. First, Amazon’s “reach and resources” will introduce more readers to Goodreads and “create an even better experience for our members.”

Second, Goodread members have been asking for the experience on an e-reader, and soon they’ll have it on Amazon’s Kindle. And lastly, “Amazon supports us continuing to grow our vision as an independent entity, under the Goodreads brand and with our unique culture.”

Goodreads also has tremendous value for authors, who rely on word-of-mouth (or rather, reviews) as booksellers focus on fewer, bigger-brand writers and their bottom lines.

After a pricing disagreement with Simon & Schuster, for example, Barnes & Noble recently cut back on orders of some books, and cancelled orders for others, leaving many authors off the shelves of the country’s largest physical bookseller. The conflict, The New York Times reported March 22, “underscores the pressure on the publishing industry and Barnes & Noble as they try to compete with online retailers like Amazon.”

The Times added that Amazon, known to be an aggressive negotiator, once pulled a comparable move by removing the “buy” buttons from beside the books of authors represented by publishing house Macmillan.

Research firm IDC believes that e-reader sales peaked in 2011 at 26.4 million units. In 2012, 18.2 million e-readers shipped, and the firm expects the market to “grow only modestly” it said in a March 12 statement, before gradually and permanently beginning their decline.

However, sales of tablets, particularly those 8-inches in size and smaller, like Amazon’s Kindle Fire, are expected to continue to rise. It expects that this year 190.9 million tablets will ship worldwide, with that figure exceeding 350 million units by the end of 2017.

In January, Amazon introduced the Kindle Paperwhite, calling it the “most advanced e-reader ever constructed.” It’s the smallest and lightest Kindle to date, with 3G and WiFi support, 62 percent more pixels than the earlier-generation Kindle, and a special light that helps reduce eye fatigue and strain.