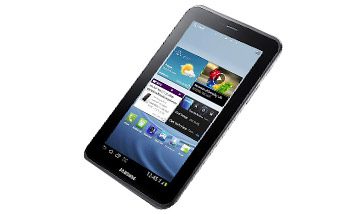 Advanced Micro Devices, in the latest step to expand its reach in the computing industry, reportedly will design chips that can run Google’s Android and Chrome operating systems.

The move would be a significant break for the chip maker, which traditionally has developed x86-based processors that run Microsoft’s Windows OS. However, under CEO Rory Read, AMD has been willing to break from tradition and essentially create silicon for whatever platform customers want to run their workloads on.

AMD officials last year announced that the company will build server chips based on ARM’s low-power architecture to complement its x86-based Opteron chips. In addition, the company in May unveiled its Semi-Custom Business Unit, which will leverage AMD’s broad IP portfolio to design and build one-of-a-kind silicon for customers. Read has said he expects the custom-chip business to account for 20 percent of AMD’s revenue by the end of the year, and already has some significant design wins with Sony’s PlayStation 4 gaming console and Microsoft’s upcoming Xbox One, a deal that could be worth as much as $3 billion to AMD.

Now, a report out of the Computex 2013 show in Taiwan is indicating that AMD will produce chips that run Android and Chrome, a move that could help the company get better traction in the booming mobile device market.

Lisa Su, senior vice president and general manager of AMD’s global business units, told PC World in an interview at Computex that, given the company’s decision to expand its chip platforms to both x86 and ARM and to grow its semicustom chip business, adding Android and Chrome to the OS mix with Windows is a natural step.

“We are very committed to Windows 8; we think it’s a great operating system, but we also see a market for Android and Chrome developing as well,” Su told the Website.

Most Android devices run on chips designed by ARM and sold by the likes of Samsung, Qualcomm and Nvidia.

She said the company will adapt its chips for OEMs that want to build systems running either of the Google operating systems. Su said AMD is working with developers on creating Android apps for AMD chips, though she declined to say when she thought Android tablets powered by AMD chips would hit the market.

AMD already supports the BlueStacks emulator, which enables Android apps to run on Windows PCs, including those powered by AMD chips.

Intel supports the Android OS with its low-power Atom chips. Also at Computex, Samsung confirmed that its upcoming Galaxy Tab 3 10.1 Android tablet will be powered by an Atom chip.

Like Intel, AMD is making a concentrated push into the tablet market. The company last month launched a number of accelerated processing units (APUs) based on the new “Jaguar” core, with the goal of making inroads into low-power and ultramobile devices, including tablets. The systems-on-a-chip (SoCs) code-named Temash—the dual- and quad-core A4 and A6 Elite Mobility APUs—are targeted at smaller form factors, including touch-enabled tablets, hybrid devices and notebooks with screens smaller than 13 inches.