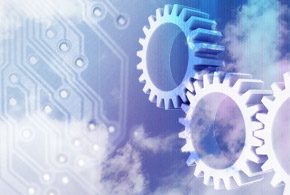 Riverbed Technology officials over the past couple of years have tried to differentiate the company in the highly competitive and fast-growing software-defined WAN market by expanding its reach in the larger distributed network space.

Riverbed this week announced its intention to buy Xirrus, a WiFi network specialist that not only will bolster the company’s SD-WAN ambitions but also extend its capabilities around unified connectivity and orchestration in larger, increasingly complex distributed networks, according to company officials. Acquiring Xirrus’ WiFi technologies will help bring the policy-based orchestration of the SteelConnect platform to the edge of wireless networks, they said.

“Networking is clearly moving away from configuring boxes and moving toward policy, orchestration and automation,” Paul O’Farrell, senior vice president and general manager of Riverbed’s SteelHead, SteelConnect and SteelFusion business unit, wrote in a post on the company blog.

“SD-WAN is a great example of this transition, enabling an efficient and agile way to manage hybrid WAN circuits in remote locations. However, the power of orchestration and automation should not only apply to WAN routers in branch offices. Orchestration is only as powerful as its reach,” O’Farrell wrote.

“That’s why automated enforcement of policies that dictate important things such as the priority of business critical applications or that of enforcing security constraints should not begin and end at the WAN’s edge,” he wrote.

No financial details were announced. Riverbed officials expect the deal to close this month and the company will incorporate the Xirrus technologies into the SteelConnect platform as well as continue selling Xirrus products through its partner program.

The Riverbed-Xirrus deal is only the latest move in a hyperactive SD-WAN space where there has been considerable consolidation and the formation of partnerships. Also this week, cloud networking provider GTT Communications announced it is launching an SD-WAN service using technology from SD-WAN pureplay VeloCloud Networks. In addition, Cradlepoint unveiled Release 6.3 of its NetCloud OS router software that offers more SD-WAN functionality for 4G LTE networks.

IDC analysts are predicting at the SD-WAN market—among the most active parts of the larger network virtualization arena—will hit more than $6 billion by 2020. Gartner analysts expect that the percentage of enterprises deploying SD-WAN technology in branch offices will grow from less than 1 percent in 2015 to 30 percent by 2019.

In an increasingly mobile and cloud-centric environment, organizations are looking for ways to more quickly and efficiently move and access data. SD-WAN technologies offer a faster and less-expensive alternative to such traditional routing models as Multiprotocol Label Switching (MPLS).

It’s a crowded field that includes established networking vendors like Cisco Systems and Riverbed, pureplay companies like VeloCloud, Talari Networks and CloudGenix, and service providers like Verizon and AT&T, which are partnering with various vendors to offer SD-WAN services.

Riverbed last month announced such a deal with Orange Business Services, which will use Riverbed’s SteelConnect technology in its hybrid network portfolio to offer a managed SD-WAN service.

In his blog post, Riverbed’s O’Farrell said that the combination of SteelConnect with Xirrus’ technology will enable the combined company to better help customers make the transition from legacy hardware to a more software-defined and cloud-centric approach to distributed networks.

“It’s true that unified connectivity and orchestration is critical—because in a world of cloud, digital, mobility, and IoT [internet of things]—the one thing that connects everything together is, the network,” he wrote. “As digital transformation continues to drive disruption across all industries, businesses must rethink their approach to networking in order to successfully manage hybrid apps, hybrid networks, mobile users and the cloud, together.”