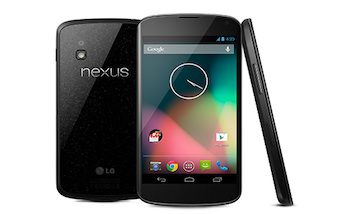 Android-running devices are behind China’s booming smartphone market, accounting for nearly two out of every three handsets sold, according to a Dec. 18 report from Informa Telecoms & Media.

A fast-growing middle class has made China the world’s largest smartphone market, and the country is now the largest market for Android, with one-third of all Android devices worldwide going there. By contrast, the United States, Android’s second-largest market, sees just an 11 percent share of all Android smartphones.

Informa estimates that 786 million smartphones were sold in 2012—an increase of 45 percent from 2011’s global totals. In China, the smartphone market grew by 85 percent year-over-year, “driven by the explosive demand for Android phones,” stated the report.

Apple’s iOS and Microsoft’s Windows Phone hold minority shares in China, at currently 5 percent and 1 percent, respectively. Informa expects Microsoft’s share to double in 2013, thanks to Nokia’s partnership with China Mobile, but for Apple to lose shares unless it creates a Time Division Long Term Evolution (TD-LTE) variant of the iPhone.

In the United States as well, Informa expects sales of iPhones to let up slightly.

“With the continued rise of top-end Android devices, iPhone sales in the U.S. could face significant challenges if Apple does not manage to make radical changes to its aging iOS, particularly to the user interface (UI),” stated the report.

Informa believes that while Apple has updated the iPhone’s hardware, “little has been done on the software side,” and that Apple fans are likely to become disillusioned and switch to more modern-feeling platforms.

For Apple to maintain its volume share, Informa added, it could “be forced to compromise the high margin associated with the iPhone.”

While Apple shipped 35.5 million iPhones in the United States in 2012, the firm estimates, it expects 2013’s totals to be closer to 34 million units.

Apple shared Dec. 17 that within three days of introducing the iPhone 5 to China it had sold more than 2 million units. (When the iPhone 5 arrived in the United States, it sold that many in less than 24 hours.)

Apple CEO Tim Cook called the response “a new record with the best first weekend sales ever in China.”

Cook added, “China is a very important market for us and customers there cannot wait to get their hands on Apple products.”

In a move that could also help Apple to better compete against Android-backing Samsung, Canaccord analysts added that Apple may be planning to release its next iPhone earlier in the year than it has in recent years.

By 2015, Informa expects half of all handsets sold to be running Android, but that by 2016, wrote Informa Principal Analyst Malik Saadi, interest in Google’s OS will also begin to wane, as the market sees a “more aggressive penetration of the alternative OSes, most notably Windows Phone.”