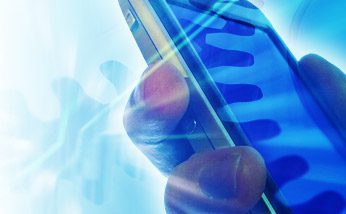 Apple and Samsung continue to battle in court over copycat claims. Most recently, this resulted in Apple, at the insistence of the High Court of Justice of England and Wales, offering Samsung the type of mea culpa favored by small children—a non-apologetic apology laced with bragging points and examples of when it was the party in the right.

After noting, in a post on Apple’s United Kingdom Website, that the U.K. court had ruled that the Samsung Galaxy Tab 10.1, Tab 8.9 and Tab 7.7 do not infringe on Apple’s registered iPad design, Apple wrote that the judge had nonetheless favored the Apple devices over Samsung’s.

In his ruling, Apple pointed out, the judge wrote:

“The extreme simplicity of the Apple design is striking. Overall it has undecorated flat surfaces with a plate of glass on the front all the way out to a very thin rim and a blank back. There is a crisp edge around the rim and a combination of curves, both at the corners and the sides. The design looks like an object the informed user would want to pick up and hold. It is an understated, smooth and simple product. It is a cool design.”

“The informed user’s overall impression of each of the Samsung Galaxy Tablets is the following. From the front they belong to the family which includes the Apple design; but the Samsung products are very thin, almost insubstantial members of that family with unusual details on the back. They do not have the same understated and extreme simplicity which is possessed by the Apple design. They are not as cool.”

The judge also expressed something of the tiring nature of the case, which has tested the patience of several judges. (A U.S. judge, irritated by the antics of a Samsung attorney, snapped at one point that unless he was “smoking crack,” his expectations were ridiculous.)

“Community design infringement cases are supposed to be simple. The material presented in this case is complex and detailed. Aside from the evidence of the experts, there were lengthy skeleton arguments and schedules addressing whether various features were present in the design corpus,” the judge wrote.

“Given the commercial importance of this dispute I do not criticize the parties for putting it forward in this way,” he continued. “In deference to that importance I have gone through the material in full detail. The end result is a judgment much longer than should be necessary in a case about infringement of a Community design right.”

Apple, in its post, followed evidence of its coolness by pointing out that a German court, considering the same patent, had ruled in favor of Apple.

“A U.S. jury also found Samsung guilty of infringing on Apple’s design and utility patents, awarding over one billion U.S. dollars in damages to Apple Inc.,” Apple wrote. “So while the U.K. court did not find Samsung guilty of infringement, other courts have recognized that in the course of creating its Galaxy tablet, Samsung willfully copied Apple’s far more popular iPad.”

Samsung, it seems, will have to settle for the satisfaction of knowing that it was in the right. At least in the U.K.