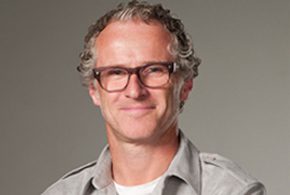 Danny Coster, an important and longtime Apple design team member, is leaving the company after some 20 years to become the vice president of design at GoPro, where he will try to help create new excitement that will drive sales of the company’s portable action video cameras.

Coster will begin his new job, where he will report to GoPro CEO and founder Nick Woodman, at the end of April, according to an April 13 announcement by the company. At GoPro, Coster will be involved in all aspects of design, from hardware to software to services, the company said.

Coster has been a major contributor as part of Apple’s industrial design team for more than two decades, including providing designs used in products ranging from the iPhone 4 to the iPad wireless keyboard. He also had a key role in the design of the original iMac computers in the mid-1990s. Coster holds more than 500 design patents and several utility patents for his work.

Coster graduated from the Wellington Polytechnic School of Design in New Zealand with a degree in industrial design and ran his own consultancy in Wellington for a year. He then spent four years working in Australia, according to his biography posted by The College of Creative Arts at Massey University in Wellington. He was later inducted into the school’s Hall of Fame, which recognizes graduates and staff members who have made outstanding contributions to that nation’s economy, reputation and national identity through art and design.

“During a visit to the United States in 1993, Danny showed his portfolio to studios in New York and California and began working for Apple Computers,” according to his Hall of Fame biography. “Since then, his contributions to Apple’s industrial design team have been recognized by numerous international awards. These include the prestigious D&AD black pencil in 2012 for the best design studio of the past 50 years.”

Some of his designs are part of the permanent museum collections of Apple products around the world, including New York’s Museum of Modern Art and The Pompidou in Paris, his biography states.

GoPro’s CEO met Coster for the first time in December 2001, on the beach in Sayulita, Mexico, at the start of a five-month surfing trip that led Woodman to develop and test his first GoPro prototype, Woodman said in a statement. “His design pedigree speaks for itself, but I will say that we feel energized to have him join GoPro,” he added.

GoPro, which had its initial public offering in 2014, has been having a tough time since then as its stock has fallen 35 percent so far this year after dropping 72 percent in 2015, according to an April 13 Bloomberg story. Sales of the company’s Hero action video camera line have been slowing, which even caused the company to introduce a lower-priced, $199.99 Hero+ model last September and to drop the price of its Hero4 Session model by $100.

The announcement that Coster is joining GoPro caused the company’s shares to rise some 20 percent to $13.99, which was the largest one-day jump since July 1, 2014, the story reported.

Several IT analysts told eWEEK that the move to hire Coster is interesting but that it won’t solve all of the company’s problems in the marketplace.

“Coster’s association with one of the industry’s best, even legendary design teams elevates his hiring far above the mundane, as evidenced by the 20 percent bump in the company’s share price,” Charles King, principal analyst at Pund-IT, wrote in an email reply to an inquiry from eWEEK. “More importantly, Coster comes from a company that is particularly effective in developing design ecosystems where software and hardware are highly synergistic.”

GoPro today is “needing to think outside or beyond their camera ‘box’ expertise, and Coster could be just the guy to help them accomplish that,” wrote King.

The loss of Coster for Apple is real, he added, but the company “has a very deep bench in product design talent and, just as importantly, the financial wherewithal to hire anyone they want. Talented as he is, I doubt Coster’s departure will have many long term ramifications.”

Another analyst, Rob Enderle, principal of Enderle Group, told eWEEK that the hiring shows that “GoPro had decided they need to make their product more attractive and are pulling from a firm known for design.”

Yet while the company’s product designs might look “a bit too geeky,” the designs themselves are “far from their only problem,” said Enderle. “The bigger issue is the limited pool of customers for this product class and the influx of drone cameras.”

Coster’s departure from Apple could indicate that “designers are losing faith that Apple management can create iconic products anymore and are beginning to look to other places where they can make a bigger difference,” he added. That “really depends on whether this is a broad trend or just one person who wants to work for a smaller company. If it is the latter, firms like Apple can easily deal with it; if it is the former, Apple is in trouble, but then we kind of already knew that.”

Jan Dawson, chief analyst for Jackdaw Research, said that the jump in the company’s stock price after the hiring of Coster is “nonsensical” because “design isn’t GoPro’s problem, and as such hiring an Apple designer won’t fix GoPro’s problems.”

In addition, in Coster’s case, he’d been at Apple for a long time and likely wanted to try something new, especially with several other senior design team members in front of him in the organizational chain, including Jony Ive, who is Apple’s chief design officer, wrote Dawson. By leaving for GoPro, Coster now gets the chance to run the design department instead of working under others.

Even with the new hiring, GoPro is still faced with challenges such as improvements in smartphone cameras that are making devices like GoPro cameras less necessary for consumers, wrote Dawson. The company also made a big mistake in 2015 by pricing its Session camera “way too high,” which undercut its other products when it had to be discounted heavily to clear inventory, he said. “Hiring a top designer doesn’t solve either of these problems.”