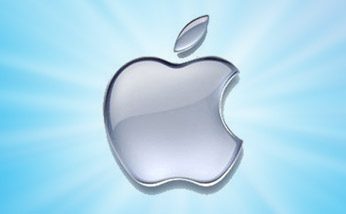 The iOS operating system held 53.3 percent of the U.S. market for the 12-week period ending Nov. 25, marking the first time the platform has surpassed a 50 percent sales share of the American smartphone market, reported Kantar Worldpanel in a Jan. 7 announcement.

“The iPhone 5 has been successful this period, however, we also see that Apple’s older models—the iPhone 4S and 4 have also contributed to the growing share of iOS,” Kantar Worldpanel ComTech analyst Mary-Ann Parlato said in a statement. “This is particularly the case for first-time smartphone iPhone buyers where we see the older models still selling well amongst this group.”

Based on the sales figures, AT&T maintains its status as the top selling smartphone carrier with 35.4 percent of smartphones sold in the 12-week period, according to Kantar Worldpanel. Verizon followed with 31.9 percent of the smartphones that were sold, and Sprint garnered 14.5 percent sales share, down 5 percent from the same period one year ago.

Kantar Worldpanel collects its data figures through interviews with 26,000 consumers each year in the United States, according to the company.

But the news for Google’s Android isn’t all bad when the overall world market is taken into account.

In fact, Google’s Android was the OS of choice on 75 percent of the 181.1 million smartphones that shipped around the world in the third quarter of 2012, which was five times the 14.9 percent market share of Apple’s iOS for the same period.

Interestingly, iOS was the only other mobile operating system to have a double-digit market share for the quarter. Research In Motion’s BlackBerry OS shipped on 7.7 million smartphones in the quarter, while Symbian shipped on 4.1 million units, according to IDC. Windows Phone 7 or Windows Mobile shipped on 3.6 million devices, while Linux shipped on 2.8 million units.