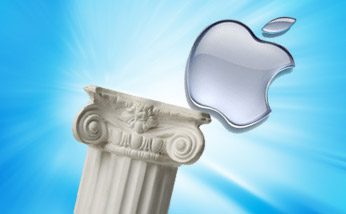 Apple has succeeded beyond anyone’s expectations over the last several years. Due mainly to the popularity of its iPhone, as well as its ability to drive current customers to more of its products, Apple’s revenue and profit have soared.

Meanwhile, the company’s stock price hit new heights last fall, making it the world’s most successful firm. Best of all for Apple, the company has more than $100 billion in cash on hand, making it incredibly rich.

However, Apple’s streak of good fortune might come to a close in 2013. A recent report suggested that iPhone 5 demand is actually on the decline, forcing Apple to cut its component orders in half. Apple is also watching its smartphone competitors start to make inroads on its market share. Simply put, things might not go as well in 2013 as the company might have hoped.

Don’t believe it? Take a look at the following reasons Apple might have a bad 2013.

According to reports out of China, Apple has reduced its orders for certain iPhone 5 components because of weaker-than-expected demand. Apple has not confirmed that’s the case, but now several reports have confirmed it is. That’s bad news for Apple.

Apple relies too heavily on Samsung, and the company knows it. According to recent reports, Apple is trying to work with Taiwan Semiconductor, so it can offload its processor production to that company. However, Apple likely won’t be able to do so for several years. In the meantime, Apple will be paying its chief competitor billions of dollars for the right to build its own products. That’s not a good thing.

Apple isn’t expected to settle any of its major lawsuits this year. In fact, it’s quite possible Apple will increase the number of patent cases it’s fighting with Samsung and others around the world. The trouble is, those cases cost money. It’s always possible Apple will suffer costly losses in this field. It would be nice to see Apple shed its lawsuits in 2013, but it seems awfully unlikely.

Apple’s iOS platform is on the decline. Yes, more iOS-based products are shipping than ever, but Android now owns the lion’s share of the mobile space. Over the next several months, Android is expected to gain even more share. By the end of 2013, Apple might find itself competing in the mobile space with a relatively small market share.

5. Power users could turn away from Apple

Power users are becoming increasingly disenchanted by Apple. With the Mac Pro, Apple has turned its back on them by not updating the computer in over two years. What’s worse, Apple hasn’t said if an update is coming. Power users have historically been important evangelists for Apple. Now, they’re detractors.

The iPod is a multibillion dollar Apple business that’s slowly dying. Although the company is generating billions with other products, the iPod won’t be easily replaced. By the end of this year, it’s possible that Apple will see historic revenue decline in the iPod division, leading shareholders to wonder how it’ll make up for that lost cash.

Although Apple has thrived on hype surrounding its products, the rumors swirling around the company’s television might not play into its favor. According to reports, the Apple TV won’t actually launch until 2014. But by then, will people care? We’ve been hearing about the set for over a year. If Apple waits too long to launch its television, it’s possible the hype and other TV maker will have passed it by.

8. Will an iPhone Mini work?

Apple could be taking a huge risk with the iPhone Mini. That device, which could be available in emerging markets, could potentially help Apple’s mobile market share. Then again, it might hurt the company’s margins, reduce its revenue, and become a financial burden. There’s a lot of risk surrounding the iPhone Mini.

9. Fallout from the executive shakeup

Last year, Apple lost two executives—senior vice president for iOS software Scott Forstall and senior vice president of retail John Browett. This year, Apple must manage without those two key executives. The company is believed to be hiring a new retail chief sometime this year, but has decided to replace Forstall with existing executives. Because of that, several questions remain. Will the executives be able to do Forstall’s job? Will iOS get better or worse? Until these questions are answered, it’s impossible to know for sure how Apple will fare this year.

Apple’s stock is in trouble. Over the last three months, the company’s shares have fallen 17 percent, and are now nearing their 52-week low. Investors are becoming increasingly wary of Apple’s ability to continue its string of success. And if they don’t see some positive changes in the coming months, Apple’s shares might permanently leave the stratosphere. Investor concern is real and troublesome for Apple.