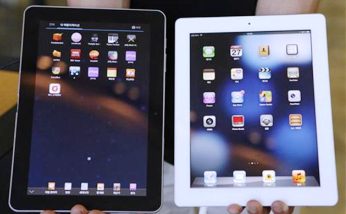 Apple doesn’t get hit with a lot of intellectual property-type setbacks, but it had to absorb a major one Dec. 19 when the U.S. Patent and Trademark Office invalidated the device maker’s treasured “pinch-to-zoom” patent.

The technology enables users of Apple smartphones and tablets to enlarge an image by touching two fingers on the screen and spreading them slightly apart.

Apple had used that patent as a key example of the proprietary IT it is trying to protect in its current case against Samsung, which also has a “pinch-to-zoom” feature in its Android mobile devices.

Samsung filed a document in federal court in San Jose, Calif., Dec. 19 indicating that the U.S. Patent Office has declared invalid the entirety of Apple’s patent. The Samsung document lists portions of the patent that were struck down on reexamination on the basis that prior patents covered the same inventions.

The patent office said that for the Apple’s claims to be valid, they must be considered patentable despite any “prior art patent and printed publication cited.” In a detailed report, the agency said they did not.

This puts a rather large kink into Apple’s copyright case against Samsung. Back on Aug. 24, a federal court jury in San Jose, Calif. — also presided over by current case Judge Lucy Koh — decided to punish South Korea-based Samsung with a $1.05 billion damages slap for ostensibly copying six of Apple’s patents — including the “pinch-to-zoom” patent.

The court proceedings continue to drag on, much to the dismay of Judge Koh and a number of court witnesses and reporters, who’d like to see this litigation buttoned up and put away before the holidays.

Samsung Will Ask for New Trial

To the surprise of no one following the case, Samsung said the development supports its request for a new trial. Spokespeople for both companies declined to comment beyond the filing on Dec. 19.

Apple had sought to obtain an injunction against Samsung for marketing smartphones and tablet PCs found to have been infringing its patents. However, Judge Koh observed that most of the products were either no longer for sale or had been since changed in a software update.