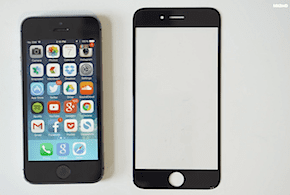 The long-awaited, larger-screen iPhone 6 models from Apple will be unveiled at an Apple launch event on Sept. 9. At least that’s the date being reported by MarketWatch and others, as the world continues to clamor for details and actual new-generation devices from the Cupertino, Calif., hardware maker.

Apple, of course, did not reply to an eWEEK inquiry seeking more details about a planned launch date for the iPhone 6.

Previous rumors about the upcoming new phones, which Apple also has not discussed publicly, suggest that Apple will release two iPhones this fall, one with a 4.7-inch display and the other with a 5.5-inch one, according to earlier eWEEK reports. A related rumor that has been circulating previously surrounding both new models is that they will feature sapphire glass displays, which are paper thin, transparent, and able to bend and twist without damage.

The larger displays are expected to counter moves from Samsung and other smartphone vendors that have been building phones with larger screens, which have been becoming popular with many users.

Apple this year opened factories in Mesa, Ariz., that are focused on sapphire glass production. While Apple CEO Tim Cook confirmed the opening of the first factory in January, he wouldn’t say what the glass would be used for.

Apple unveiled its existing iPhone 5S smartphones in September of 2013.

Other features that are rumored for the new iPhone 6 models include 801.11ac WiFi capabilities but no new color choices.

In July, it was reported that Apple is preparing for record sales of the awaited new iPhone 6 models, according to an earlier eWEEK story. According to a report in The Wall Street Journal, Apple has ordered 70 million to 80 million iPhone 6 units by year’s end—significantly more than its initial iPhone 5S and 5C order. By contrast, Apple’s initial order for the iPhone 5S and 5C was between 50 million and 60 million units, according to the report, which cited people familiar with the matter.

Also in July, Apple announced the results of a “record” June quarter, during which it saw revenue of $37.4 billion, a net profit of $7.4 billion and its earnings per share grow to its highest rate in seven quarters. Included in that announcement was the news that the company sold 35.2 million smartphones, even though its new models are soon to be released, according to a previous eWEEK story. That was up 13 percent from the same quarter a year ago, and a high percentage were iPhone 5 and iPhone 4S models, which were the most popular second-hand phone models in the country last quarter.

The first iPhone debuted in September 2007 in a package that was quickly adopted by users who loved the devices for their features, design and performance, which classically integrated innovations that had already been introduced by others, including the use of touch screens as well as access to the Internet, email, music, games and apps. Apple’s reinvention of the mobile phone drastically changed the marketplace and influenced just about all devices that have followed.