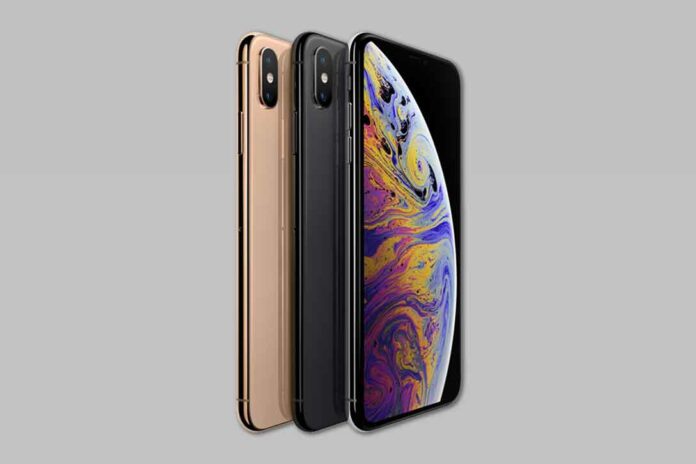 The fact that Apple was going to announce new iPhones on Sept. 12 was not a secret, and Apple didn’t really try to make it one, which means that nearly everyone already knew that the new devices would be called the iPhone Xs and iPhone Xs Max. We also knew that Apple was going to announce a less expensive iPhone in the X family, now called the iPhone XR.

What makes these new iPhones important for business mobile users is in the inclusion of some thoughtful features that will make this a better phone. While the Apple announcement focused heavily on games and photography, there’s a lot more in these handsets.

For example, the new iPhone Xs and Xs Max will ship with dual-SIM capability as standard equipment. There’s a SIM tray for a standard nano-SIM as is the case with existing iPhones. But now there’s an eSIM, which has been available in iPads until, but not in iPhones until now.

5G Still a Ways Away

While the iPhone Xs and Xs Max aren’t 5G devices, they do support T-Mobile’s new 600 MHz LTE band along with all other LTE bands in the U.S., including band 46, which uses the unlicensed 5 GHz WiFi spectrum.

Of course the new iPhone Xs phones have significant technology upgrades that aren’t necessarily obvious when encountering the phone, but which may prove important for some applications. For example the new A12 processor includes a 6-core CPU with 2 high-performance cores and 4 high-efficiency cores, as well as a 4-core GPU and a separate neural engine for machine learning.

Unlike previous processors, the A12 can run all of its cores simultaneously. The processor is able to determine on the fly which core is best suited for the software that’s being run at any given time.

The A12 processor is the first 7 nm device in this application. The use of 7 nm chips allows significantly more processing in a smaller space and also enables higher-speed computing. The new processor has 6.9 billion transistors, according to Apple. The 64-bit A12 provides a bump up in overall processing power compared to last year’s iPhone X, and it will support more memory–up to 512 GB, which is twice the iPhone X.

The new processor allows real-time machine learning as well as significantly more advanced augmented reality than previous iPhones. Apple is including an improved ARKit to allow developers to take advantage of the improved capability.

The iPhone XR has the same internals as the other iPhones, but it has an LCD screen and a single camera. It comes in an aluminum case versus stainless steel in the Xs versions. The screen on the XR has a resolution of 1792 x 828 compared with the 2436 x 1125 OLED screen on the Xs and 2688 x 1242 OLED screen resolution on the Max.

Each of the three new iPhones is a different size. The iPhone Xs is the same size as last year’s iPhone X at 5.8 inches (measured diagonally), while the XR is 6.1 inches and the Max is 6.5 inches. The XR is less expensive than the other X versions at $749. The Xs is the same price as last year’s X starting at $999 and the Max costs $100 more starting at $1090. Adding more memory will increase the price.

Apple also announced a new version of the Apple Watch, which is notable for two things. First, it has a fall sensor that can create an alert if the wearer falls or slips. If the wearer falls and remains motionless for one minute, it can automatically send out an alert and summon help.

The watch is also able to monitor the wearer’s heart to the extent of sensing some heart problems and even taking and recording an electrocardiogram. The heart monitoring is even approved by the American Heart Association and the U.S. Food and Drug Administration. If you have employees in the field where falling or similar injuries are a possibility, this could be an important addition to safety precautions.

Two things that were expected today, but which didn’t appear at the announcement were new Macintosh computers, including a badly needed update to the Macbook Air. Also expected but not seen was a new iPad. However, Apple did announce that it will deliver the next version of MacOS, named Mojave, on Sept. 17, the same day that it releases iOS 12.

One item mentioned at the Apple event that can impact your bottom line is a new initiative to find ways to make Apple products last as long as possible. Apple presents this as an environmental benefit, because devices that last don’t have to be replaced as often, thus keeping them out of landfills. But it also means that you can keep them in service longer which will save you money in the long run.

While today’s Apple announcements didn’t produce anything that was unexpected, they did show that Apple is steadily improving the iPhone hardware as well as its value to users. It’s all good for your budget.