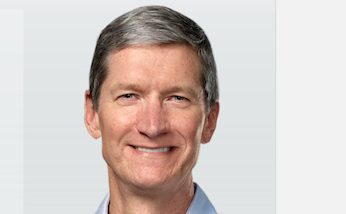 Apple, like Hewlett-Packard, Microsoft and other multinational organizations, uses a complicated fiscal system to help it avoid the 35 percent tax rate that the U.S. government charges on money earned abroad and brought home. Apple’s system helped it to avoid paying at least an additional $9 billion in federal taxes last year, the Senate Permanent Subcommittee on Investigations said in a report May 20.

The following day, Apple CEO Tim Cook voluntarily testified before the subcommittee and called for a more simplified tax system.

“We pay all the taxes we owe. Every single dollar,” said Cook. “We don’t depend on tax gimmicks.”

In his written testimony, Cook expanded on the gimmicks idea, adding that Apple doesn’t have off-shore accounts or keep its money on a Caribbean island or in an account in the Cayman Islands.

The subcommittee, however, was focused on another island—Ireland—where Apple has created five subsidiaries, including Apple Operations International (AOI). Cook said in his submitted written testimony that Apple pays taxes in the jurisdictions where its money is earned—61 percent of Apple revenue came from international operations last year—and that AOI “does not reduce Apple’s U.S. tax liability.”

AOI, which is incorporated in Ireland, keeps its bank accounts in the United States and holds its board meetings in California, The New York Times reported May 20.

“It would be very expensive to bring that cash back to the United States,” Cook said during the hearing, according to a partial transcript published by MacRumors. “Unfortunately, the tax code has not kept up with the digital age. We are handicapped in relation to our foreign competitors who do not have such constraints on the free movement of capital.”

Sen. John McCain (R-Ariz.), asked Cook whether he didn’t think it was unfair to smaller companies in the United States that Apple doesn’t bear the same tax burden it would if its money were all at home.

“Apple is earning these profits outside the U.S. By law and regulation, these are not taxable in the U.S. AOI invests that money overseas and then the interest from those investments is taxed in the U.S.,” Cook said. “I see this as a very complex topic and I’m glad we’re having the discussion. Honestly, I don’t see it as being unfair. I am not an unfair person. That’s not who we are as a company or who I am as an individual.”

Apple has asked for changes to the tax laws.

“We recommend a dramatic simplification of the corporate tax code,” Cook said. “We made this recommendation with our eyes wide open, fully recognizing that this would likely result in an increase in Apple’s U.S. taxes. We strongly believe that such reform would be fair to all taxpayers and would keep the U.S. competitive.”

Sen. Carl Levin, (D-Mich.), who in a statement ahead of Cook’s testimony had said that Apple “sought the Holy Grail of tax avoidance,” suggested to Cook that while Apple’s practices may be legal, they’re not right.

“You made a decision to shift economic value overseas and the result is that most of your profits are not taxed,” Levin said. “You’re an American company. You’re proud of it. We’re proud of it. The result of these arrangements is that most of your profit is now in Ireland in these companies that don’t exist. Of course we have to change this system. But to change it, we have to understand what is going on, and what it going on is a huge loss of revenue to the United States. … We cannot continue a system where a company … as phenomenally successful as yours can make a decision … as to where the profits will flow.”

Charles King, principal analyst with PundIT, said that while Apple isn’t breaking the law, “It’s hard to see how Apple can come away from this fracas with its usually shining reputation unsullied,” he told eWEEK. “As the past week’s IRS revelations suggest, people tend to be sensitive about the tax system being gamed by any party.”

King continued, “Apple may have $100 billion-plus on its books, but what [it] will ever do with that cash—a subject of great, ongoing speculation—is a moot point, if it’s waiting for another tax repatriation ‘holiday,’ like the one granted in 2005, to bring the lion’s share of that money home to put to work.”

Apple, Cisco and others have been pushing for a tax holiday—a tax-rate break during which they could bring home their cash piles, and keep them far more intact—for years. In 2011, Sen. Charles Schumer (D-NY), tested colleagues’ interest in a proposal that would allow companies with more than $1 trillion in accounts abroad to bring it to the United States at a tax rate of 5 percent, instead of 35.

Cisco Systems announced March 25 that it’s acquiring Australian company SolveDirect. CEO John Chambers has said that until the U.S. government offers a repatriation window for overseas cash, it can expect him to continue looking at opportunities abroad.

“If the majority of our money remains outside the U.S.—and this depends on tax policies—that’s where you’ll see us acquire going forward,” Chambers said during a Feb. 13 interview with CNBC. “I’m a very loyal American citizen and company, but in terms of future growth, unless tax policy changes, you will see that occur outside the U.S.”

Approximately 80 percent of Cisco’s cash, or about $46 billion, is currently overseas. That it was Apple in the spotlight, and not Cisco—or Microsoft or Google or any number of other companies—is notable.

An impassioned Sen. Rand Paul (R-KY) told colleagues at the hearing that Congress, not Apple, should be on trial.

“What we really need to do is just apologize to Apple, compliment them for the job creation they’re doing,” insisted Paul, who has also backed a 5-percent tax rate for repatriating funds.

Is jobs creation reason enough to overlook profits that U.S. companies could be paying taxes on?

“The scale of Apple’s business is highlighting how it takes advantage of the tax system in place,” analyst Jack Narcotta, with Technology Business Research, told eWEEK.

“I doubt the spotlight would be as bright if the income it avoided paying typical (or any) tax on were $30 million, instead of $30 billion, as in the case of the entities located, in paper anyway, in Ireland,” Narcotta added. “The point I’d argue is this: Is the company that offloads $30 million of taxable income by utilizing the system in place any less ‘wrong’ than Apple?”