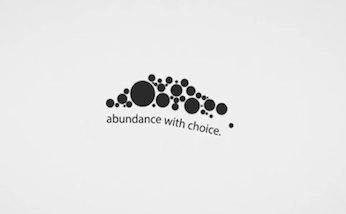 Samsung has been outselling Apple, and in April Apple posted its first profit dip in a decade. Apple, it’s been said, plans to better compete against Samsung with an Apple-style (which is to say, subtler) version of Samsung’s more-is-more strategy.

But by the end of the two-hour keynote opening Apple’s Worldwide Developer Conference (WWDC), it seemed pretty clear that no one was getting a new high-end iPhone before the fall. And if a prepaid version of the iPhone is in the works, nor would it be seeing the light of summer.

Indeed, before anyone set a foot on the stage, Apple neatly addressed all the above.

It started the show with a two-minute video—a stylized poem of sorts, in which it told the capacity audience at San Francisco’s Moscone West convention center, and the countless others watching from its live-streaming feed, where it stands on design, timetables and the growth of its portfolio.

Joining a light piano piece and a black-and-white animation, these words came on the screen:

is busy making everything

how can anyone perfect anything?

we start to confuse convenience

the first thing we ask is

what do we want people to feel?

then we begin to craft around our intention

there are a thousand no’s

until everything we touch

Designed by Apple in California

“I’m really glad you like that,” Apple CEO Tim Cook said as the lights went up, to great applause. “Those words mean a great deal to us.”

But not everyone was sold.

“The poem embodies Apple’s design principles and not-so-subtly begs for time to complete the tasks they’ve set for themselves. There has been an unusually long dry spell for Apple products, and the company has long since been outrun by the impossible expectations placed upon it,” Roger Kay, principal analyst with Endpoint Technologies, told eWEEK.

But such a message also raises expectations, said Kay.

“That’s okay, if you’re going to delay even longer to perfect the products you have in the pipeline. But when we see them, they’d better knock our socks off.”

Ken Hyers, a senior analyst with Strategy Analytics, was more put off.

“The script from that animation reads like Zen poetry as created by a committee within the marketing department of a massive corporation. Oh, wait … ,” he told eWEEK.

“Apple’s fear is that [expanding its product line] will dilute its brand, but this ignores the success of other aspiration luxury brands, such as Porsche, which though identified primarily as a sports car maker actually makes most of its profit from SUVs and four-door sedans,” Hyers added, more seriously.

“For high-end brands, careful expansion of product lines is a way of creating new revenue streams and making shareholders happy. Samsung is doing this … and I think that Apple could be even more successful if it did the same.”

“Apple doth protest too much,” he told eWEEK.

Narcotta pointed out that when the first iPhone was introduced, it replaced feature phones and stodgy BlackBerry devices and was seen as a great convenience. Since then, lots of competitors have figured out how to make great-looking, well-built phones with lots of services.

“The problem is that it was necessary for Apple to show that video, to remind everyone that it does, in fact, make some amazing products that stand out among all the ‘convenience,'” said Narcotta.

“Bottom line,” Hyers added, “I believe that Apple’s claim that its maniacal focus on quality is what is preventing it from introducing new handsets is wearing thin. It needs to introduce new handsets quickly.”