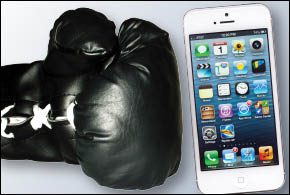 Apple has now answered a rash of consumer complaints about the slower performance they are observing on their older iPhones by explaining the issue as a “feature” the company initiated to extend battery life on aging Lithium-ion batteries in the devices.

“Our goal is to deliver the best experience for customers, which includes overall performance and prolonging the life of their devices,” Apple said in a statement sent to eWEEK.

“Lithium-ion batteries become less capable of supplying peak current demands when in cold conditions, have a low battery charge or as they age over time, which can result in the device unexpectedly shutting down to protect its electronic components.”

To help adjust for that diminished capacity, Apple said that in 2016 it “released a feature for iPhone 6, iPhone 6s and iPhone SE to smooth out the instantaneous peaks only when needed to prevent the device from unexpectedly shutting down during these conditions.”

That “feature” has also been extended to iPhone 7 models with iOS 11.2, and the company plans to add support for other products in the future, according to the statement.

Apple’s website has information about the company’s expected battery performance in its iPhones, including that the devices work best in ambient temperatures from 32° F to 95° F (0° C to 35° C), and that battery power capacity is expected to diminish as the number of charge cycles mount up, which is the nature of the batteries.

Some consumers, though, haven’t been happy about the new “feature” and have been complaining about it since late summer on forums including Reddit. The complaints said the issue appeared after they updated their affected iPhones to iOS 11, which gave them slower app performance, app crashes and other problems, according to reports.

Several IT analysts told eWEEK that Apple’s explanation for reducing the performance of the devices—to conserve battery life on older units—is reasonable, but that the company didn’t do a good job of advising consumers of the changes.

“The new iOS version has numerous capabilities that were not available or as fully featured for earlier iPhones, and I can envision them negatively impacting older handsets, especially those with their original batteries,” said Charles King, principal analyst at Pund-IT. “Apple’s biggest problem, however, was remaining silent about this ‘policy’ until it was caught.”

The incident “brings to mind earlier iPhone fumbles, including the company’s denigration of ‘Antennagate’ complaints and ‘bricking’ iPhones that legitimate customers chose to jail-break.”

The problem for Apple now, said King, is that individual consumers may or may not believe its explanation, which “depends largely on their view and trust of the company.”

Tuong H. Nguyen, an analyst with Gartner, said Apple’s statement doesn’t do much to alleviate consumer concerns and annoyance, but that the company is likely not the only smartphone vendor that’s making such power and performance adjustments to its products.

“With each update of an operating system, vendors are looking to optimize the experience for their latest product,” said Nguyen. “This makes absolute sense. It’s putting your best foot forward for the newest operating system and the newest hardware.”

But the optimization can in turn “come at the expense of older devices which may not be optimized for the most recent operating system, or vice versa,” said Nguyen. “The situation becomes increasingly thorny because operating systems and hardware are becoming increasingly complex and can have unintended consequences that weren’t caught in quality control testing.”

Even so, Apple “prides itself on the user experience, which is a significant part of its brand value, and building its products around this end-goal. I think this is why they’re being called out so vocally on it.”

Avi Greengart, a mobile analyst with GlobalData, said the fact that batteries degrade over time in all devices is “a consequence of chemistry, not a secret plot by Apple to get consumers to buy new phones.”

He said he accepts the company’s argument that Phones with older batteries needed the adjustment to prevent them from resetting and causing more issues for users.

Greengart agrees the company could have done a better job explaining it all to iPhone owners without springing it on them unannounced.

“There is actually a fairly straightforward fix that solves the reset problem without slowing performance: replace your phone’s battery when it gets old,” he advised. “While the iPhone is not user-serviceable, Apple charges $79 for battery replacements – a tiny fraction of the cost of a new phone. If you’re paying for AppleCare, you really have no excuse—a new battery is free.”

Greengart said he is skeptical of complaints by some critics who allege that the company made the changes as part of a planned obsolescence scheme.

“[That’s] just hard to swallow when it comes to Apple,” he said. “This is the company that sells old phones for years longer than rivals and keeps those phones updated with the latest software.”

“Apple is attempting to get us to believe they are throttling down the processor because, by doing so, it helps keep the iPhone battery from dying prematurely rather than the more likely reason that they want folks with older iPhones to grow unhappy with them and buy new ones,” he said.

“The problem with their argument is that you can deploy technology that will revitalize Lithium-ion batteries and they haven’t, and you can design phones where the battery is easily replaceable, and they haven’t [done that either].”

Instead of the company’s carefully-crafted explanation, Enderle said “the more likely cause of this screwy policy is that Apple wants to ensure iPhone churn, in other words force an upgrade cycle.” That’s largely because the phones aren’t necessarily packed with enough revolutionary features each year to drive upgrade cycles, he said.

He said it is “a typical behavior of a company that lives on a lock in strategy—it believes the customers can’t change vendors, so it comes up with creative ways to mine their customers for money. IBM did something like this in the 1980s and discovered that customers, even locked in customers, will revolt if they become aware they are being mined for money.”

For Apple, “this policy doesn’t bode well long term for the company or its customers,” said Enderle.