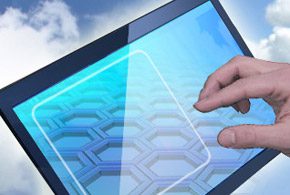 The marketplace for Android tablets just got a little bigger with the release of the Platinum line of tablets from Archos, which includes 8-inch, 9.7-inch and 10.1-inch devices: the 80b Platinum, the 97b Platinum HD and 101 Platinum, respectively.

Each Platinum tablet is equipped with a high-resolution, in-plane switching (IPS) touch-screen, as well as Dual Band WiFi and Bluetooth connectivity. Owners of the 101 Platinum will also enjoy GPS functionality and a 2-megapixel camera on the front. The two smaller tablets boast 0.3-megapixel front cameras.

“As a pioneer in the portable technology market, our company philosophy has always been to provide innovative solutions to consumers at the best price possible,” Loic Poirier, CEO of Archos, said in a statement. “It is our intention to strengthen this philosophy by directly challenging the current leading tablet brands with a high quality product that has the best specs and aesthetic design available at a lower price. The combination of features and design of the 97b Platinum HD and 101 Platinum tablets will put them in front of the iPad 4 and Galaxy 3’s at a better price.”

In addition, the Archos Media Center applications include complete codec and format support for nearly any time of media the user would access, and the Media Center includes a special video carousel for organizing and finding movie and TV show information by title, series, actor and more.

To get the content where it is needed, all the Platinum tablets feature wireless to and from media sharing and Wireless Display technology to get the screen onto an HDTV.

Although Apple has been at the forefront of the tablet revolution, low-cost Android devices such as the Archos Platinum devices are fueling the current market expansion, the report noted.