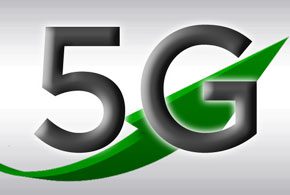 AT&T added to its growing portfolio of wireless spectrum licenses and 5G expertise by acquiring Straight Path Communications in a deal valued at some $1.6 billion equal to $95.63 per share.

The acquisition, which was unveiled by AT&T on April 10, will be subject to review by the Federal Communications Commission and is expected to close sometime in the next 12 months. The deal for Straight Path follows AT&T’s January acquisition of FiberTower, which holds 24 GHz and 39 GHz wireless spectrum licenses.

AT&T said in a statement that the Straight Path deal will support the company’s work in 5G wireless network technology and help ramp up wireless speeds for users.

In October 2016, AT&T and Ericsson conducted a demonstration of 5G technology, illustrating the possibilities of mmWave radio access technology for the networks of the future. In February, AT&T and Nokia demonstrated how they could deliver DirecTV NOW over a fixed wireless 5G connection using 39 GHZ mmWave (millimeter wave) technology, according to AT&T.

Under the latest acquisition, AT&T will acquire 735 mmWave licenses in the 39 GHz band and 133 licenses in the 28 GHz band, covering the entire United States, including all of the top 40 markets.

Charles King, the principal analyst with Pund-IT, Inc., told eWEEK “the AT&T deal shows that the company is moving aggressively to ensure its place at the 5G table.”

From a market perspective, the deal is significant because the wide range of mmWave licenses it is obtaining mean that “whenever AT&T’s 5G technologies and associated media offerings are ready for prime time, it will be able to sell them into a broad, deep portfolio of commercial markets,” said King.

“You could say that the AT&T/Straight Path deal is as much about real estate as it is about technology, but in the world of wireless content distribution, one is meaningless without the other,” said King.

Another analyst, Rob Enderle of Enderle Group, said AT&T’s latest acquisition is being made to help it keep up with its rivals. “Acquisitions like Straight Path will likely define the early skirmishes in this massive coming war [between the big four U.S. wireless carriers in the 5G race], but eventually these firms will have to make 5G actually work and here it largely remains anyone’s game,” he said.

Ultimately, as 5G is seen as much faster and better by wireless users, it will likely drive cell phone buyers to change carriers, said Enderle. “Both Verizon and AT&T have been pounded by T-Mobile who has been chewing up customers like the shark in Jaws.

Both firms are better funded and are using that advantage to aggressively build out their 5G capability and take the fight back to T-Mobile and prevent customer incursions from each other.”

In February, rival Verizon announced that it will start its first commercial 5G trials with up to 500 residential and business customers in 11 metro areas across the United States by mid-2017 after limiting earlier trials to laboratory testing, according to an earlier eWEEK report.

The Verizon 5G trials will be launched in Ann Arbor, Mich.; Atlanta, Ga.; Bernardsville, N.J.; Brockton, Mass.; Dallas, Texas; Denver, Colo.; Houston, Texas; Miami, Fla.; Sacramento, Calif.; Seattle, Wash.; and Washington, D.C. The 5G trials will begin with some 400 to 500 total residential and business customers across the 11 metro areas and will pick up where previous in-lab and field tests of 5G systems have left off.

Verizon began its 5G field trials initiative in early 2016, even as most consumers and businesses were still embracing 4G LTE, according to an earlier eWEEK report. Verizon began the trials with a range of partners—including networking technology vendors Alcatel-Lucent, Cisco Systems, Ericsson and Nokia Networks and chip makers Qualcomm and Samsung—to test 5G concepts and make recommendations for standards that will be created later to implement the new, faster technology.

Jan Dawson, principal analyst at Jackdaw Research, told eWEEK that AT&T’s latest purchase makes sense. “AT&T certainly seems to have less of the relevant high-frequency spectrum than Verizon at this point, and so it’s playing catchup here a little bit,” he said. “This one acquisition, though, isn’t going to get AT&T where it needs to be with regard to that spectrum, and it’s probably going to need to make additional acquisitions to get there.”

5G is expected to offer as much as 50 times the throughput of current 4G LTE and latency that will drop into the single milliseconds. It’s also expected to play a significant role in the rapidly growing Internet of things (IoT) as the number of connected devices creating traffic over the world’s wireless networks continues to grow.

International standards for 5G networks are still being developed by 3GPP (3rd Generation Partner Project), which gave the go-ahead to the 4G LTE standard. In March 2015, the 3GPP rolled out a tentative timeline for 5G that doesn’t show a standard for the technology being approved until 2020, though that hasn’t stopped networking technology vendors and component makers from making moves to embrace 5G.