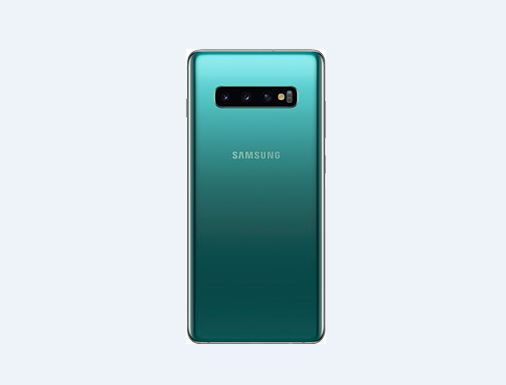 Smartphones today do just about everything for their owners. You know the drill: making calls, texting, taking photos, playing music, showing videos and movies, reminding users of appointments, video conferencing, web surfing and even making purchases.

But even in a world where just about any smartphone can work well for any business or consumer user, some handsets still stand out.

That’s where the latest Samsung Galaxy S10+ Android smartphone fits in. Yes, users can buy a cheaper or a more expensive phone, but the Galaxy S10+ is packed with features and capabilities that to me make it the best Galaxy phone I’ve ever used so far.

Previously, I’ve used the Samsung Galaxy S4, the Galaxy S7, the Galaxy S7+ and the Galaxy S8+ for various stretches of time. Things sure have progressed since that early S4 handset. I’ve liked each Samsung Galaxy phone more than its previous version, but the new S10+ takes the progress of the product line to a much higher level.

Up to 1TB of Storage

That display is a knock-out, providing a huge hand-held palette for any use. Videos look great, web searches have lots of room for maneuvering, and the controls are easy and intuitive to handle.

Here are some of the things I love about the new S10+ phone:

Samsung Phones Continue to Improve with Each Edition

As expected, the latest cameras are far better than those on the earlier Galaxy S4, S7 and S8 models, but there is still one glaring and ongoing shortcoming: I still don’t think it has the best low-light capabilities. I used to take photos at Bruce Springsteen concerts with my old Apple iPhone and was always impressed with the superior low-light capabilities. I still long for Samsung to match or exceed that performance.

I also like that the lock screen of the S10+ stays locked when in my pants pocket. This may not seem like a big deal to you, but on previous versions of the Galaxy S series phones, particularly with the S8+ I have been using for more than a year, jostling of the handset in my pocket would allow the lock screen to easily be unlocked. That mean that more jostling would cause the phone to act on its own, accidentally opening apps such as the Settings tab and allowing my phone to change brightness settings and more without my knowing it was happening. That was annoying and a pain when I had to restore the screen brightness to something that could be seen in daylight.

With the new S10+, this never happens because the screen lock appears to not be as sensitive to pocket jostling and requires a more dedicated touch to activate. Thanks, Samsung.

Fast charging is something available in most top-of-the-line smartphones today, but Samsung took that feature a step further in the S10+ by allowing users to charge another device directly through their S10+ handset, giving other devices a boost if their power is running low. When I first heard of this feature, I was skeptical, thinking it would just drain the 4,100mAh battery in the S10+ battery prematurely.

Instead, Samsung was right. This is convenient if you need to keep a rechargeable accessory alive for a few extra hours without having to plug it into a wall. And the S10+ only permits other devices to take a charge for only so long, preserving its battery power for its own use. I think this is a clever innovation, even if I won’t use it often myself.

As always, I am impressed by the build quality of the S10+, which has given me no issues or problems during testing. The phone’s battery charges quickly and the charge truly lasts all day even under hard use with GPS, email, social media posts and more. And when needed, fast charging gives you a nice long jolt in 15 minutes that adds many hours of use to get through the day or night.

Overall, the Samsung Galaxy S10+ does everything I need it to do when working, traveling or being out on the town at night. I rate this phone very highly and I think it is a worthy handset to represent Samsung in 2019, as the company celebrates the 10th anniversary of its first Galaxy smartphone.