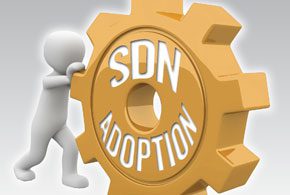 LOS ANGELES—AT&T and the world’s largest telecommunications providers are accelerating their move into open source networking software, pushing the mantra of software-hardware disaggregation and modern DevOps practices based on Kubernetes and containers.

AT&T is part of a group, announced here, that includes Comcast, China Unicom, Google, Deutsche Telecom, NTT Group, Telefonica and Turk Telekom, who are uniting to create reference designs and solutions for telco use cases of open networking. The use cases include management and automation of fixed and mobile broadband access, leaf-spine data center fabrics as well as edge and 5G connectivity.

The solutions will be built with sets of open source components that can run on any server hardware, switch or router. The group worked with the ONF (Open Networking Foundation) in creating the plan, which also calls for a cultivating a discrete supply chain of server hardware, router and switch OEMs, chip vendors, system integrators and providers of VNFs (virtual network functions) software.

The move signifies the urgency for the carriers to update their networks to handle ever increasing volumes of traffic that will only continue to grow once 5G wireless is deployed and internet of things devices proliferate. It represents a fundamental shift in the way large providers think about deploying services—less like Ma Bell and more like Google—with more agility at less cost.

“We always took the approach that you start with hardware and you build up, and make it as rock solid and resilient as possible,” said Andre Fuetsch AT&T Chief Technology Officer and President of AT&T Labs, in an interview with eWEEK here. “The web scale guys came in and said we don’t have time for this, but we do need the same robustness. And they built that in software, top-down.”

This software- and application-centric approach enables AT&T to run its virtual network functions on generic “white box” hardware from its supply chain partners, which so far includes Fujitsu, Huawei and Samsung.

Fuetsch announced in his opening keynote that AT&T this year is beginning the rollout of more than 60,000 white box routers in its mobile infrastructure. The routers will run a new disaggregated network operating system—dubbed DANOS—which AT&T has contributed to the open source community.

“These machines will be at the core of 5G build,” he said. “People think 5G is about speed, better latency, etc. But for us it’s this ability to move these different functions and workloads dynamically, elastically, to meet whatever the needs of that service.”

The move to software is fundamentally changing the landscape of networking, observers said here. It is enabling the ability to manage 5G effectively and turning traditional business models upside down.

“5G has captured the imagination of the carriers. It is the driving motivation for them,” said Dan Pitt, Senior Vice President of MEF, a carrier industry consortium. “They want it to succeed so they are willing to take risks and invest in SDN and NFV, cloud, disaggregation and open source. All of these factors are playing into how the carriers have to transform their businesses.”

Cisco Systems is also a key figure in the changing the dynamics of networking. It is an active participant and sponsor of open networking projects, notably the OpenDaylight controller and the FD.io fast data project. But the company also symbolizes the old proprietary world of tightly integrated hardware and software.

The company still dominates the networking market, but sees the writing on the wall. This week it announced its own disaggregation plan around its IOS XE network operating system and Catalyst 9000 switches.

Arpit Joshipura, General Manager for Networking at The Linux Foundation, feels that Cisco’s efforts are not a threat to the open movement and instead are a sign that it is adjusting to the new realities of networking. “They are still straddling both worlds,” Joshipura said in an interview. “But they now see that the open source community has reached a level of maturity and they see that revenue models are changing.”

The most noteworthy change is how quickly the networking space has adapted to cloud-native development and application management practices for deploying networks.

ONAP (the Open Network Automation Platform)—a key project under the Linux Foundation that also originally came from AT&T—can be run in a cloud environment in Docker containers, automated and managed by Kubernetes, which Joshipura demonstrated in his keynote.

This is the basis for the next-generation network, said Chris Wright, Chief Technology Officer at Red Hat. “[Cloud native] turns things around. The IT world has spent a lot of time building infrastructure to support applications, but not always having enough information about what the application’s requirements are. With this new kind of application-centric view, the apps define their own requirements at the infrastructure level.”

Networks can now be built out of sets of virtualized components or microservices, which opens up new ways of interacting with the network and making it easier to manage and more automated. “We see a lot of opportunity in network automation using analytics and machine learning,” he said.