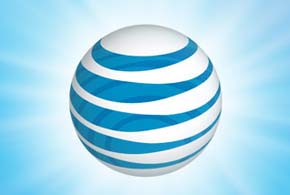 AT&T is joining the double data wars for cellular customers with its new offer to give twice as much shareable mobile data for no extra charge to customers who buy larger data plans ranging from 15GB to 50GB. The AT&T move joins similar recent free data offers from competitors, including T-Mobile and Sprint.

The offer is open to new and existing users who sign up for the special promotion by Oct. 31. Users must also pay $15 per line for unlimited calling, texting and international messaging (from the United States to select countries) each month. For a user with two lines, that means the special extra data promotion would cost $160 per month plus taxes and fees for 30GB of shared data.

Customers can also get the special data promotion for $40 per month per line under a two-year contract, in addition to the shared data charges.

What makes this shared data offer unique is that, unlike limited-time promotions offered by some competitors, the AT&T double data offer is available to users as long as they keep their accounts with AT&T, according to the company.

“We’re now making our simple and flexible plans a greater value by doubling the data for the same price,” David Christopher, chief marketing officer of AT&T Mobility, said in a statement. “Families and small businesses can share a huge bucket of data on the nation’s most reliable 4G LTE network, which now covers more than 300 million people. With these new double data plans, and smartphones for $0 down with AT&T Next, there’s never been a more affordable time to be with AT&T.”

With 30GB of data, users could explore the Internet for some 600 hours, stream HD video for some 40 hours, stream music for about 250 hours or upload about 1,000 photos to social media Websites, according to AT&T. Users could also use their 30GB of data to download 200 apps, games or songs or to send some 1,000 emails with attachments.

As part of the promotion, new and existing AT&T customers who activate a new line of service with a smartphone on AT&T Next will receive a $100 credit on a future bill.

The AT&T data package increases come on the heels of similar offerings from major competitors Sprint and T-Mobile, which were launched in August.

Sprint bolstered its data offerings to customers through its new Sprint Family Share pack plans, which promise twice as much shared data as competitors’ plans for the same prices. The offer, for example, includes four lines with 20GB of shared data for $160 per month, which is what competitors AT&T and Verizon Wireless offer for 10GB of shared data, according to the company.

T-Mobile, meanwhile, bumped up its data offerings to Simple Start plan customers by giving them an option to quadruple their normal 500MB data use to 2GB a month for only $5. The plans already include unlimited talk and text. T-Mobile launched the Simple Starter cellular phone plans in April.

The new 2GB data offer was a limited-time promotion, according to the company, and it followed another limited-time data promotion also unveiled in August, when T-Mobile offered free unlimited mobile data for one year to any Simple Choice customer who gets a friend or relative to move his or her service from Sprint, AT&T or Verizon Wireless.