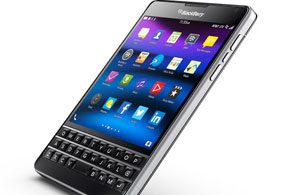 AT&T has announced that the newest BlackBerry smartphone models, the Passport and the Classic, will soon be available to AT&T customers, with the Passport phone having specially rounded edges and corners exclusively for AT&T buyers.

The standard version of BlackBerry’s Passport has distinctive squared-off edges and corners as part of its design. The new exclusive AT&T version features rolled edges and corners, which AT&T wanted to provide to its users.

The announcements were made by the company on Jan. 7 at the Consumer Electronics Show (CES) in Las Vegas,

A BlackBerry spokeswoman confirmed to eWEEK that the rounded Passport will be available only to AT&T and its customers. The spokeswoman said that BlackBerry has previously modified some of its phones with special colors or features for carriers in the past, including a BlackBerry Curve 8350i built specifically for Sprint/Nextel and a special Henna-designed Pearl color for AT&T.

The rounded Passport model internally will feature the same specifications as the phone’s original model, including a 4.5-inch square full HD touch-screen display with a QWERTY keyboard, a 2.2GHz quad-core Qualcomm processor, a 13-megapixel main camera and 32GB of onboard storage, the spokeswoman confirmed.

No release date for the new Passport phone has been announced, but it will be available “in the near future,” according to AT&T.

“The BlackBerry Passport is ideal for the power professional who wants an innovative wireless device focused on productivity,” Jeff Bradley, senior vice president of device marketing and developer services for AT&T, said in a statement. “Available first on the AT&T network in the U.S., customers will benefit from the newly redesigned Passport’s enhanced features, including a wider screen, 32 GB of storage, and a 3450 mAh battery.”

The rounded BlackBerry Passport will be sold for $649.99 without a contract or for $199.99 with a two-year agreement. It will also be available with no money down on monthly AT&T Next payment plans that can be stretched to 24 months.

The future AT&T release date for BlackBerry’s new Classic smartphone, which was launched in December 2014, has also not yet been announced, but the carrier has acknowledged that the device will soon be available for use on its network. The Classic will be sold for $419.99 without a contract or for $49.99 with a two-year agreement, according to AT&T. It will also be available through up to 24 monthly payments on AT&T Next plans.

The BlackBerry Classic includes the company’s well-known QWERTY keyboard, trackpad and navigation keys, as well as a 3.5-inch square touch-screen HD display that is covered with Corning Gorilla Glass 3 for strength. The Classic also includes a 2MP front- and an 8MP rear-facing camera, a 1.5GHz Qualcomm Snapdragon processor and 16GB of internal storage.

In November, BlackBerry launched a rebate offer of up to $550 to iPhone owners who are willing to trade their iPhone 4S through iPhone 6 smartphones in for a new BlackBerry Passport phone, according to an earlier eWEEK report. The BlackBerry Passport Trade-up program, which is good for purchases made from Dec. 1, 2014, through Feb. 13, 2015, can be accessed through ShopBlackBerry.com or Amazon.com. There is also an additional $150 rebate for all iPhone users. The rebates are only valid for customers in North America. Customers who trade their iPhone 4S, iPhone 5, iPhone 5C, iPhone 5S or iPhone 6 smartphone in for a new BlackBerry Passport will receive their rebates in the form of Visa prepaid cards.

The Passport first went on sale in September and sold out within 6 hours of its announcement on BlackBerry’s own Website and within 10 hours on Amazon.com after it went on sale, according to an earlier eWEEK report.

The new BlackBerry Passport smartphones for enterprise users include a full HD display that is 4.5 inches square, which will allow 60 characters to be typed across its screen, compared with about 40 for a typical smartphone, according to BlackBerry.

As 2015 begins, BlackBerry appears to be hard at work as it seeks to rebuild its reputation and market presence after some very difficult years. BlackBerry’s fall from dominating the enterprise smartphone market has been swift and stunning. In early 2006, before the first iPhones appeared from Apple, half of all smartphones sold were BlackBerry models. By 2009, though, its share of the global smartphone market was down to 20 percent.

In December 2014, BlackBerry reported a mixed bag of financial results in its fiscal third-quarter 2015 earnings report, with a continuing drop in GAAP revenue to $793 million, down 13.43 percent from the prior quarter, while also posting a welcome 28.5 percent reduction in GAAP losses, which totaled $148 million for the quarter. The third quarter ended on Nov. 29.

That $793 million Q3 revenue total is down 33.5 percent from the same quarter one year ago, when the company posted revenue of $1.19 billion.