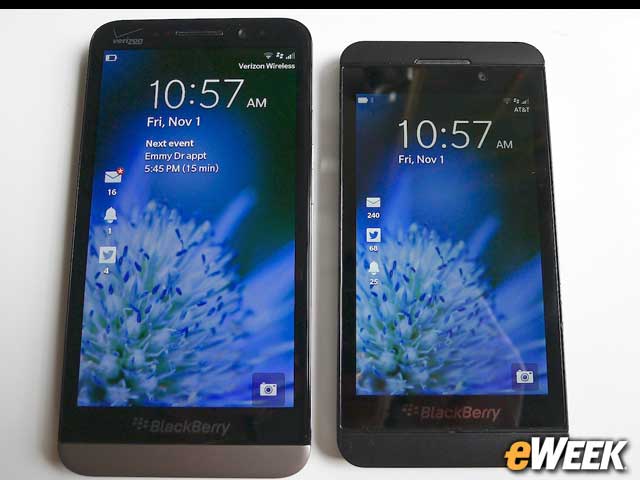 There are a surprising number of people out there who simply don’t realize that BlackBerry, once the No. 1 business mobile device in the world, is still in business. The constant overshadowing of the Canadian-based company by Apple, Google, Samsung and Windows-based phones has everything to do with that incorrect perception.

Rest assured, BlackBerry, though treading water, is selling products to its loyal users, which make up about 1 percent of the smartphone market.

The unit will be headed by Sandeep Chennakeshu, once CTO of Sony-Ericsson.

Some users and analysts have wondered publicly why BlackBerry is in the hardware business at all, suggesting instead, that the company should simply license its security, OS and other features to competing vendors.

However, Chen—who has identified security control and user access as the company’s No. 1 most valuable intellectual properties—still believes the company has a future in the enterprise, if not the consumer, handheld business.

The new business unit will be charged with helping develop new phones to compete with the zillions of Androids and iPhones already in the marketplace. Chen figures that, with the lifespan of a phone only being two to three years, some customers may want to come back and try a newer BlackBerry if they are not satisfied with the phones they now use.

Last fall, BlackBerry launched its 5-inch touch-screen Z30 smartphone, which looks and feels similar to Androids made by Samsung, LG or other manufacturers. While it hasn’t sold in huge numbers, some users contacted by eWEEK have said they are very satisfied with its performance.

BlackBerry only two months ago released a GSM (international) version of the Z30, available only from the company itself or through Amazon.com. eWEEK reviewer Wayne Rash described it as “the biggest BlackBerry smartphone yet, and it does some things that might change the way you look at the company’s devices.”