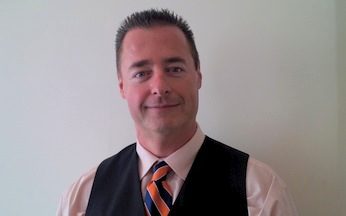 NEW YORK—”The bring-your-own-device (BYOD) trend is real. It’s not going to go away.”

That was one of the major messages that Scott Totzke, senior vice president of BlackBerry Security, delivered at the Bloomberg Enterprise Technology Summit here April 24.

Speaking with eWEEK afterward, Totzke explained how the trend is evolving.

“There were the organizations that were ahead of the curve, the early adopters,” Totzke said. “In 2008 it sounded like a good idea to take cost out of the business by letting people bring their devices.

“Five years in, we see support costs going up and employees that aren’t so happy. They want to expense their bills or see some kind of compensation. Those early adopters are finding it’s not saving them the money they wanted,” he said.

BlackBerry Enterprise Service (BES) 10 is part of the company’s modern platform, designed to securely and cost-effectively enable businesses to support BlackBerry devices as well as iPhones and Android devices, in addition to a mix of corporate- and employee-owned devices.

BlackBerry, back when it was still Research In Motion, made the BES 10 enterprise mobility management (EMM) platform available for download Jan. 23. A week later, it introduced the BlackBerry 10 platform, the first two smartphones to run it—the Z10 and the Q10—and announced a company name change to BlackBerry.

All these efforts are meant to help build back up a company whose standing in the industry was devastated by its early inability to see the BYOD trend coming. A decade ago, RIM executives didn’t imagine that consumer-geared devices would be allowed inside enterprises.

Totzke said that since the early days of RIM, security has gotten more complex, while security policies have evolved past just saying no to everything.

“We said we have to think about security differently. We have to figure out how to make security a strategic enabler—give people the personal user experience that they want and IT the control they need over corporate data and have it all happen on a single device,” he continued.

“Underneath the solution there’s a lot of complexity, that as a user you don’t need to think about,” said Totzke.

This, too, was a message he said he’d delivered at the show.

“As a user, I’ve got one place to get all my communications. As an IT administrator, I don’t have to worry about what people are doing on the device.”

The Z10 began launching around the world the day after BlackBerry’s Jan. 30 introduction, though it didn’t arrive in the United States until late March. The Q10 will likewise make its way to the U.S.—where carriers have particularly time-consuming testing to perform, explaining the delay—weeks after the Q10 debuts in Canada May 1.

T-Mobile announced April 24 that business customers interested in the Q10 can register for it beginning April 29.

“There’s been lots of excitement about the Z10, and there’s significant interest in the Q10 and getting that QWERTY keyboard back,” said Totzke. “Fujitsu was on the panel with me today, and they’re a BlackBerry customer. What [Fujitsu CIO Timothy Branham] said he was most excited about is the number of connectivity options he has [with Microsoft Active Sync, etc.]. It gives him options to help reduce his costs.”

When asked what he’s learned since the BlackBerry 10 rollout, Totzke laughed.

“I’ve learned that I’m a consumer. … I love that I have my Gmail, my Facebook, my LinkedIn account—everything all lined up in this one place. I get a lot of peace of mind knowing it’s all in one place and it’s secure. I know customers appreciate that, too.”