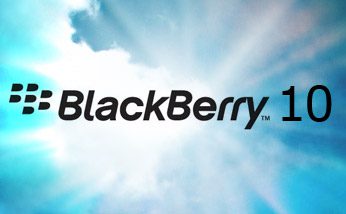 The BlackBerry Z10 is finally available through a tier-one U.S. carrier. AT&T began selling the long-awaited device March 22 for $199 with a two-year-contract.

It’s also now available at Best Buy. “3, 2, 1 … BlackBerry 10!” The company Tweeted just past midnight on the East Coast, announcing that the big-box store was offering a deal.

BlackBerry delayed the launch of the Z10’s BlackBerry 10 platform at least twice, and after its Jan. 30 introduction, the extensive testing processes that U.S. carriers have to run prevented them from bringing it to market sooner. The device launched in the United Kingdom Jan. 31 and in Canada Feb. 5, and in both countries and beyond it has sold well, according to BlackBerry CEO Thorsten Heins.

Heins and company very much need a win in the United States, where—even as the faltering phone maker has sold well in developing markets—sales have slowed in recent years to a trickle. While it once led the smartphone market, users were eventually attracted to iPhones and Android devices.

The company has acknowledged that it misjudged the importance of balancing enterprise features with those consumers want.

Given the importance of today’s milestone, it was maybe an odd move for Heins, before AT&T had activated a single unit, to share news that the company has an even better phone planned for the holidays, potentially putting the thought into some consumers’ minds that they might hold off a little longer. (After years of waiting, what’s a few more months?)

Heins also confirmed to the tech site that BlackBerry will launch at least three BlackBerry 10 phones this year—the Z10, the Q10 QWERTY-equipped smartphone that was also introduced Jan. 30 and a mid-tier phone—or possibly four, if the special holiday-timed device is ready on time.

Given BlackBerry’s track record on such things, fans might want to just go ahead and buy the Z10.

They’re not likely to be disappointed. The BlackBerry Z10 features a 4.2-inch touch-screen that’s more pixel-rich than the iPhone’s Retina display.

This is paired with an incredibly smart on-screen keyboard with a great tactile response. But, even better, it’s running software that’s excellent at predicting what you’re about to write and making that word hover over the next letter you’re about to tap—versus above the keyboard, as it does in Android, so that you have to move your hand to select it. That hovering word can then be flicked upward with a single finger. One winds up flicking more words than typing full words, or often even the first letters of words.

The keyboard also learns how a user holds and taps at it, so eventually even fewer typos are made.

There’s a camera that can snap two seconds’ worth of time, allowing a user to adjust before or after someone blinked, say, and the ability to share your screen and everything you look at on your phone with a person on the other end of a video chat.

But the features BlackBerry has rightly touted most aggressively are the Hub—a single place to view all recent activities, whether emails sent, text messages received or calls missed. Then there is what BlackBerry calls Flow. That’s the way that a user can move between applications and content without the time-wasting step of first returning to a home screen.

The Z10 is also arriving in the United States just as the app store for BlackBerry 10 has surpassed 100,000 apps, BlackBerry confirmed March 21.

Whether early reviews and the BlackBerry fans that have put up with the long wait and are ready to upgrade will be enough to turn the tide for BlackBerry, only time will tell.

Verizon began accepting preorders for the Z10 March 14, and will begin selling it March 28. Verizon will exclusively offer a white version in addition to the black model sold by AT&T and, later this year, by T-Mobile.