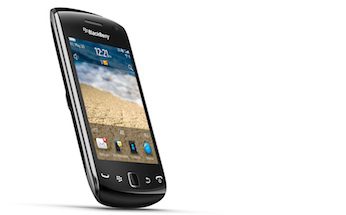 Research In Motion is offering a new test device to developers dedicated to its upcoming BlackBerry 10 platform.

At a May event in Orlando, Fla., RIM gave developers a touch-screen-based smartphone it called the Dev Alpha. On Nov. 29, it announced that select developers who have submitted two or more applications for BlackBerry 10 will have access to a Dev Alpha C, a smartphone with a touch-screen and a QWERTY keypad.

The devices are meant to approximate the experience of using the BlackBerry 10 platform, enabling developers to “adjust, debug and test” their new BlackBerry 10 apps, RIM said in a post on its Inside BlackBerry Developer Blog.

The device is by no means a true representation of the appearance of the upcoming BlackBerry 10 devices.

RIM gave out more than 7,500 Dev Alpha handsets, but suggests that it will offer fewer Dev Alpha C units.

“We’re only producing a limited number of these testing devices,” RIM said in its post. Those who have developed two or more apps “will be given priority seeding for the BlackBerry 10 Dev Alpha C.”

RIM has created a points system, with Dev Alpha C units going to those with the most points.

Developed an app to be ported to Android? 50 points. For apps in all other applications—Native, BlackBerry WebWorks, Adobe Air—developers get 250 points. Those with a Built for BlackBerry certified application get 1,500 points. Both BlackBerry Elite members and BlackBerry 10 Dev Alpha A/B recipients start the tally with 200 points.

RIM announced earlier this month that it will officially introduce its new platform and two smartphones—one with a dedicated QWERTY and one without—Jan. 30.

RIM CEO Thorsten Heins told eWEEK during an interview in August that the offer of the Dev Alpha handsets came out of RIM’s experience launching its PlayBook tablet. Developers said they needed a test device ahead of launch, so that they could perfect apps in advance.

The test devices, however, have introduced a few new complications. The lack of a keyboard on the original Dev Alpha prompted speculation that RIM was walking away from QWERTY keyboards, forcing Heins to open a press conference in Orlando by telling reporters, “We are not abandoning the BlackBerry physical keyboard.”

Analysts with Canaccord Genuity, after spending time with the Dev Alpha, also told investors in an Aug. 7 research note that their trials led them to believe that BlackBerry 10 was “highly unlikely” to be an improvement over Apple’s iOS—an assessment that caused Heins to shake his head.

“It does not reflect the true experience,” he told eWEEK. “It’s not actually the BlackBerry 10 experience. That’s why it’s called a prototype.”

Still, the arrival of the newest prototypes are, no doubt, good news for RIM, helping to build excitement around the twice-delayed launch and offering encouragement to RIM customers growing weary of the wait.

With BlackBerry 10, Heins has promised a fantastic new QWERTY keyboard experience, touch-screen-based typing that will raise the bar for the industry, an end to the “in-out paradigm” in which the home screen is the portal to all other content, and devices that are deeply integrated to the apps and content that are most important to users.

“Our first priority is the success of our customers, because that’s what we depend on,” said Heins. “We need them to be successful for us to be successful. Pure market share is never an objective for a company.”