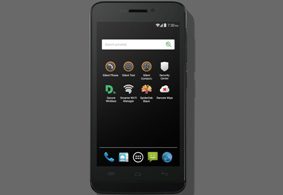 Blackphone, the security-focused smartphone, will get updates to its PrivatOS operating system in early 2015 that will add separate containers, or “spaces,” so that users can keep their work and personal apps separate without mingling them on the devices.

The new “Spaces” feature will let users create separate self-contained areas for apps, data and accounts on the same device, according to a Dec. 9 announcement by SPG Technologies, maker of Blackphone. The PrivatOS updates, which will integrate Spaces, will also include a “Silent Space” container that will provide users with a Silent Suite of apps for encrypted communications as well as a bundle of preloaded privacy apps.

Also tied in to the Silent Space will be an all-new Blackphone app store that will give Blackphone users options for more apps that they can use on their secure devices.

“With most smartphones, separating work and play means compromising either privacy or convenience: either work apps and data live in the same place as personal games and social media apps, or users carry two devices to guarantee privacy and separation,” Blackphone said in a statement. “Spaces can separate work life from personal life, a ‘parents only’ space from a kid-friendly one, or any other separation users can dream up—no compromises needed.”

In addition to the preloaded Silent Space, users will be able to create their own self-defined spaces on their devices so they can personalize the organization of their apps on their phones.

The January 2015 launch of the Blackphone app store, which will focus solely on privacy-focused applications, will tie directly in with Spaces and other security features on Blackphone devices, according to SPG Technologies. The app store will feature curated apps specifically selected by Blackphone as the most secure privacy-optimized apps on the market, the company said.

“The addition of Spaces and the Blackphone app store is the most significant update to PrivatOS since its inception and is a real ‘game changer’ for the brand, further highlighting our commitment to placing privacy back into the hands of the user,” Toby Weir-Jones, the CEO of SPG Technologies, said in a statement.

The Silent Space feature was developed with partner Graphite Software as an offshoot of its Silent Spaces for Android app.

Alec Main, CEO of Graphite Software, said in a statement that “the combination of Graphite’s Secure Spaces as part of Blackphone’s PrivatOS gives consumers the ability of a rich app experience and converged corporate device, while staying in control of their personal information.”

Blackphone, which launched in March 2014, is a smartphone built from the ground up to maximize user privacy, putting users’ privacy before all else, according to the company. The security-enhanced PrivatOS operating system is built on Android 4.4 KitKat. The Blackphone began shipping on June 30.

The Blackphone retails for $629 directly through the company.