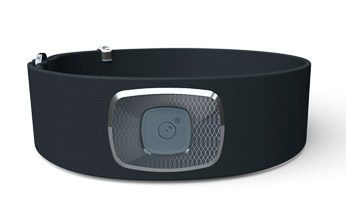 BodyMedia, manufacturer of consumer fitness armbands, plans to expand the focus of its products from lifestyle to helping consumers manage chronic diseases such as diabetes, sleep disorders or heart conditions.

BodyMedia is one of several vendors that offer wearable health and fitness devices, including Fitbit, Fitbug and Jawbone.

“Obesity is our first target market where we’ve been for the last three or four years,” Christine Robins, CEO of BodyMedia, told eWEEK. “Now we’re moving into other chronic conditions where lifestyle management is important to managing that condition.”

The $119 BodyMedia Core 2, which will enter the market in August, features on-body sensors for temperature, galvanic skin response, acceleration and heat flux, which is the rate of heat transfer through a surface.

It currently measures calories burned, exercise intensity and sleep patterns, but future versions will link with new mobile apps for chronic conditions such as diabetes. The Core 2 uses Bluetooth to connect to an iOS or Android app.

For several years, BodyMedia focused on medical research but moved into the consumer market in 2009 to help people lose weight. The company’s sensor technology has been applied to research for patients suffering from chronic obstructive pulmonary disease, cystic fibrosis and cancer.

For the armbands to move beyond fitness toward aiding patients with diabetes and sleep disorders, on-body sensors will be essential to make this happen, Robins said.

By the end of the year, the armband will incorporate a heart-rate monitor that can help patients undergoing cardiac rehabilitation, she said.

Revenue for devices that connect body sensors to mobile health apps will hit $5.6 billion by 2017 according to an April 24 post by Research2guidance, a consulting firm.

“Overall the vision is to have a common, almost generic hardware platform that supports an analytic engine and various software applications,” Robins said.

Data from the BodyMedia’s sensors run through a series of algorithms that provide insight on how people can lose weight, burn calories, sleep more efficiently or manage the intensity of the activities, Robins said.

These algorithms could help doctors track what’s causing a diabetic’s blood sugar to run high or low over time, she added.

BodyMedia is working with partners to see how the armbands can help Type 2 diabetics manage their lifestyle. In January it announced a pilot project with health insurer Cigna to see how a BodyMedia armband can help 1,600 patients with pre-diabetes, diabetes or metabolic syndrome by tracking their calories burned and exercise patterns.

Through work with partners, BodyMedia will incorporate some of its diabetes research into a mobile app that connects with the company’s armbands. By combining blood sugar readings from a glucometer with data from BodyMedia’s sensors that monitor physical activity, diabetics will be able to track their carbohydrates, blood sugar and exercise all in one mobile app, which connects to BodyMedia’s cloud platform, Robins said.

“They’re being told to do exercise and manage their lifestyle and track that and do 30 minutes of physical activity a day,” Robins said. “It’s all either manual or it’s spread out. Getting it together in one place and making it as passive as possible to gather that data is where we’re headed.”

As BodyMedia moves beyond weight loss with its armbands and mobile apps, it will need Class II clearance by the U.S. Food and Drug Administration to monitor chronic conditions, Robins noted.