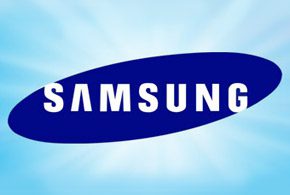 Boost Mobile is now launching the Samsung Galaxy Prevail LTE smartphone, which is the third iteration of the Prevail smartphone since its original debut back in April 2011.

The new Samsung Galaxy Prevail LTE, which launched Jan. 19, is priced at $129.99 and includes a 4.5-inch WVGA display, a Qualcomm Snapdragon 410 1.2GHz quad core processor and a 5-megapixel rear-facing camera, according to Boost Mobile. The phone runs on the latest Android 4.4 KitKat operating system.

The Galaxy Prevail LTE phone also features 1GB of memory, 8GB of on-board ROM storage (which is expandable up to 128GB with a microSD card), a removable 2,000mAH Li-ion battery and a 2MP front-facing camera. The smartphone is 5.16 inches high, 2.68 inches wide and 0.35 inches thick. The device weighs 4.59 ounces.

Boost Mobile no-contract prepaid 3G/4G cellular phone plans for the device start at $35 per month for 1GB of data and feature unlimited talk and texting. The cost for a monthly plan with 5GB of data is $45, while an unlimited data plan costs $55 per month.

The new Prevail LTE phone has come a long way since its earlier models. The previous Galaxy Prevail 2 phone that the new model replaces had a smaller 4-inch touch-screen display, a less powerful 1,750mAh battery and only 4GB of on-board storage, according to Boost. The former model ran on Android 4.1 Jelly Bean.

The original Galaxy Prevail smartphone, which launched back in April 2011, sold for a higher price –$179.99–and had a 3.2-inch touch-screen display, a 2MP rear camera and ran on Android 2.2.

In December 2014, Boost announced the availability of the Microsoft Lumia 635 smartphone, which was the first Windows 8.1 phone to be launched on Sprint’s network and the first to be offered to prepaid customers of Sprint’s service brands.

Boost Mobile, a division of Sprint, sells the Lumia 635 for $99.99 on its Website and through its retail stores. The Lumia 635 includes a 4.5-inch capacitive touch-screen display, a 1.2GHz Qualcomm Snapdragon 400 quad-core processor, 512MB of RAM, 8GB of on-board storage and is expandable to 128GB of storage through a micro SD card slot. Also included is a 5MP main camera and a 1,830mAh battery.

Sprint, the parent company of Boost Mobile, has been busy lately working to increase its customer base, thanks to a half-price wireless service offer it made recently to existing customers of competitors Verizon Wireless and AT&T if they move their service to Sprint. The “Cut Your Bill in Half Event” also matched a customer’s data plan caps at half of their existing rates for new customers who make the service transfer. The offer, which continues to be Sprint’s lure for new customers into the future, includes unlimited talk and text to anywhere in the United States for customers on the Sprint network, regardless of their current plan.

Since August 2014, the big four carriers—Sprint and its three major U.S. competitors, AT&T, T-Mobile and Verizon—have continued to pummel each other over prices, data packages and other features in the war for more customers and revenue.