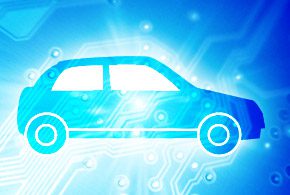 CHICAGO—When Jay Rogers left the U.S. Marine Corps in 2004, he made a promise to his fallen soldier friends that he would go out into the world and make a difference. Speaking at the LinuxCon conference here, Rogers detailed how he has delivered on that promise with Local Motors, a startup that is set to enable a new era of automobiles.

Local Motors is a platform for designing, building and selling automobiles and automotive products. Rogers said it’s a platform for co-creation and micro-manufacturing of vehicles that completely rethinks the way that cars can and should be built.

At Local Motors, a vehicle can be built five times faster than any major automotive vendor can build a car and with 100 times less capital, he said. With Local Motors, vehicle design happens online through a community that contributes design ideas.

“Our micro-factory can take on the major automotive cities,” Rogers said. “They gun for volume, but they don’t know if the volume will get consumed.”

Rogers also took aim at the patent system, calling it a problem for automotive innovation.

Among his multiple issues with patents is the fact that it can take up to seven years for a patent to be granted. Rogers argued that automotive innovation needs to happen faster, and the patent system is limiting the ability to create new innovations.

During his keynote at LinuxCon, Rogers also took aim at electric car vendor Tesla and its recent claims of making its patents open source.

“They [Tesla] didn’t open-source the car company,” Rogers said. “There is no way you get inside the Tesla model S and tell them how to make it better.”

The goal at Local Motors is to enable a new generation of hardware makers to build things that mass-volume production and complexity do not allow.

“My goal is that teleportation machines come out of Local Motors or businesses like it,” Rogers said. “It’s not enough for us to go slower.”

There are many ideas in the automotive world about how to do things more efficiently. One of the most famous is Toyota’s idea of Kaizen for rapid, lean production. In Rogers’ view, that is still the hard way to produce a car, and it is possible to reduce the part count required to build a vehicle.

Local Motors recently launched a challenge to its community to come up with a design for the world’s first 3D printed car. That car, named the Strait, is set to be printed next month.

“I like to think of Local Motors as Ikea meets Build-A-Bear meets Formula One,” Rogers said. “This is a revolution to avoid the unsustainable way of how we make things now and a revolution to overtake the status quo.”