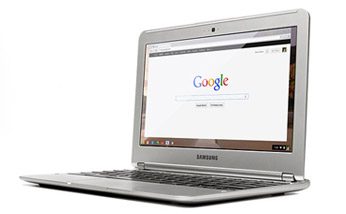 These are heady days for computer and device makers; Windows 8 will arrive Oct. 25, followed by Window Phone 8 on Oct. 29. The new Windows Surface tablets are set to appear on Oct. 26 while rumors of Google tablets starting at $99 continue to swirl.

Then Google announces its upcoming new Samsung Chromebook for $249 on Oct. 18, all just a month after Apple launched its new iPhone 5 in September.

There’s a lot of devices and technology out there in the marketplace, which begs the question: What will win the hearts and minds of consumers in the next few months?

To me, the answer is simple–all of it will win. In the crazy world of tablets, laptops, smartphones, e-book readers, desktop computers and the rest, I truly believe that there certainly is room for it all out there.

In fact, consumers have shown this to be true–they love their devices, all of them, and owning just one likely won’t satisfy their cravings for the latest gadgets.

For device makers, that’s a good thing, because every new announcement seems to get consumers excited and potentially ready to stand in long lines outside their favorite stores to buy the newest object of their heart’s desire.

So what do the experts have to say? Is the device market going to implode at some point because there are just too many models competing for business in the market? Or will consumers greedily snap them all up, adding to their collections of device chargers, connecting cords and special padded protective covers for their electronics?

“There’s room for everything,” said Chris Silva, an IT analyst with the Altimeter Group. “People are definitely multiple-device users.”

“The baseline of three devices per person is become pretty common,” including a smartphone, laptop and maybe even an e-book reader or tablet, said Silva. “We were that way in 2010 and we’re increasingly becoming that way.”

That’s why companies like Samsung have been hedging their bets and releasing a wide variety of products, from tablets to smartphones to feature phones and more, he said. “So their strategy of offering different devices across multiple price points is indicative of the range of what consumers want to buy and probably why Samsung draws the wrath of Apple.”

Yet no one device, even one that is incredibly popular, appears to be sucking up the whole market from the competition, said Silva.

“The iPhone, being one of the most popular devices ever sold, still only accounts for less than 40 percent of the market in smartphones. Even the blockbuster devices still only capture one small piece of the market,” he said.

Making the argument even stronger, he said, is that Amazon just unveiled its latest Kindle tablets in September and is still working on its own rumored smartphones for the marketplace, said Silva. “I think Amazon’s moves are a vote for this market remaining shared,” he said.

Maribel Lopez, principal analyst with Lopez Research, said that in the big scheme of things, “we’re moving into a different phase of computing” that’s not about the devices themselves or their hardware features. Instead, she said, “it’s what consumers are doing with their devices. It’s the activities they can accomplish.”

In the past, PCs were the vehicle to get every kind of content for consumers, said Lopez. “Now what we’ve come down to is we’ve fragmented that concept,” with people seeking different content through different devices.

Lots of companies let users do all kinds of things with their devices already, but much of the future success of new devices will come down to companies that already have the credit card numbers of consumers via their app and content stores, said Lopez. “They will have the lead in that department.”

Dan Olds, principal analyst with Gabriel Consulting Group, agrees that consumers are magnets for owning multiple devices and for bringing in additional ones as they want them. “People aren’t buying an iPad and then taking a baseball bat to their laptop or their desktop,” said Olds.

Of course, that could change at some point, said Olds.

“There are reasons that we have all of these devices and that we haven’t yet gotten to the point where one class of device is a complete substitute for the others,” said Olds. “But watch this space, because there is stuff happening out there where this could be true later.”