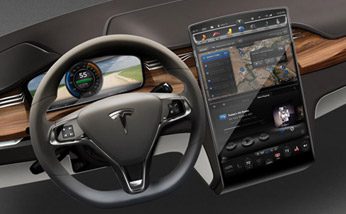 Cisco Systems is getting into the vehicle safety business, joining NXP Semiconductors to help in the push toward creating in-vehicle safety systems that wirelessly communicate with drivers in real-time to warn of road hazards, impending crashes and other driving dangers.

In an announcement Jan. 4, Cisco and NXP said they are investing an unspecified amount of money into Cohda Wireless, which is already working on these kinds of safety systems, which allow communications from one vehicle to another or from one vehicle to a fixed location.

What’s at stake are car-to-car (C2C) and car-to-infrastructure (C2I) communications systems that could enable active safety systems in vehicles in about 81 percent of all crashes that typically occur, according to the partners. The idea is that by including such systems in modern vehicles, the technology could help reduce fatalities and injuries on the roads.

Other benefits from systems that allow vehicles to “talk” to one another or to roadways and on-road safety devices (car-to-X) include “great potential for intelligent transport system (ITS) management and reducing greenhouse gas emissions from vehicles,” according to Cisco.

“By allowing vehicles to reliably interact with each other when travelling at high-speeds, each vehicle can give drivers warnings about potential hazards and allow them to avoid accidents, or even automatically respond to changing driving conditions faster than typical human reaction times,” the statement continued. “Warnings about traffic blockages ahead also allow early re-routing to avoid traffic congestion.”

These kinds of C2C and C2I systems need highly reliable and secure data exchange between fast-moving vehicles and infrastructure in a range of conditions, which is what brought Cisco, NXP and Cohda together in the partnership.

The three companies have already built test models for both on-board and roadside use that have been tested in field trials around the world, according to Cisco.

“We make Car-to-X work for the moving car,” Cohda Wireless CEO Paul Gray said in a statement. “Our patented technology enhances radio reception; the car can see around corners or through obstacles when needed. Combining our special expertise in wireless automotive communication with that of long-established automotive companies like NXP and a global player like Cisco is a logical next step to further grow our reach into the automotive industry.”

Elsewhere, it’s already been a busy week for connected-car technologies with Google announcing on Jan. 2 its own similar deals with Hyundai and Kia Motors America to bring new mobile capabilities to drivers and vehicles.

The deals are among the latest in a fast-growing market that is playing out as the “connected car.” In 2013, the connected-car market is expected to see revenue of nearly $22 billion, according to a November 2012 report from Visiongain.

Hyundai Blue Link currently offers applications and mobile features to drivers. New features will include a Send to Car feature for smartphones, Point of Interest Search and Local Search by Voice. This will “help drivers easily find points of interest [POIs] and get to destinations more accurately and reliably using Google’s continuously updated Places database,” Hyundai officials said in a statement.

Among the key features are Google Integration for the use of Google Maps and Google Places; Car Care Web, a portal that enables drivers to check vehicle diagnostics, status and maintenance schedules; My POI, which enables users to send a Google Maps destination to their cars from their smartphones; a Parking Minder that offers several ways to help forgetful folks locate a car or remember to feed a meter; and 911 Connect, which within 10 seconds of an airbag deployment calls emergency services and puts vehicle occupants in contact with an operator.

Other automakers that have teamed with Google include Audi, which offers drivers voice-controlled local search information and satellite and Street View imagery; Daimler, which offers Mercedes-Benz A-Class drivers a Digital DriveStyle App that offers Google local search, as well as Zagat ratings; and Tesla Motor Co., which offers Google Maps to drivers of its Tesla Model S. In the latter, Google Earth and Street View images are, one imagines, particularly easy to view, as the car features an in-dash 17-inch display.

In the connected-car space, the details of who pays for what have been murky, but it’s an area AT&T is keen to explore. In November 2012, the carrier announced plans to invest $14 billion over three years on expanding its network and advancing new wireless initiatives, including the connected car. The carrier, citing a statistic that says that by 2016 more than half of new vehicles will be connected wirelessly, said it already has deals with Ford, Nissan and BMW.