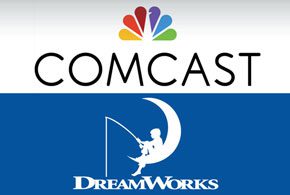 Comcast is acquiring DreamWorks Animation for $3.8 billion as the longtime cable company continues to build its future by adding complementary businesses to steady it as the future of cable television remains unfocused.

The deal, which was announced April 28, brings together Comcast with the powerful DreamWorks nameplate, which has produced a wide range of popular animated films, including Shrek, Madagascar and Kung Fu Panda. The merger brings huge opportunities for content streaming to Comcast, which like other cable companies, is seeing its business impacted by customers who are replacing their cable connections with streaming video and original programming from services such as Hulu, Netflix and Amazon Prime.

The DreamWorks acquisition is being made by Comcast’s NBCUniversal division, which was itself acquired by Comcast in stages in 2011 and 2013. DreamWorks Animation, which creates animated feature films, television series and specials, live entertainment events and related consumer products, will become part of the Universal Filmed Entertainment Group, which includes Universal Pictures, Fandango, and NBCUniversal Brand Development, according to Comcast.

“DreamWorks Animation is a great addition to NBCUniversal,” Steve Burke, the CEO of NBCUniversal, said in a statement. “Jeffrey Katzenberg [the CEO and co-founder of DreamWorks] and the DreamWorks organization have created a dynamic film brand and a deep library of intellectual property. DreamWorks will help us grow our film, television, theme parks and consumer products businesses for years to come.”

Under the terms of the deal, which is expected to be completed by the end of 2016, Katzenberg will become chairman of DreamWorks New Media and will serve as a consultant to NBCUniversal, according to the companies.

Interestingly, an April 27 report by The Wall Street Journal based on anonymous sources who allegedly were familiar with the then-rumored acquisition said that Katzenberg was “expected to leave” the company if it was purchased by Comcast. An NBCUniversal spokesperson declined to comment about the report following an April 28 inquiry by eWEEK and referred a reporter to Katzenberg’s new role with the combined companies.

“Having spent the past two decades working together with our team to build DreamWorks Animation into one of the world’s most beloved brands, I am proud to say that NBCUniversal is the perfect home for our company; a home that will embrace the legacy of our storytelling and grow our businesses to their fullest potential,” Katzenberg said in a statement. “This agreement not only delivers significant value for our shareholders, but also supports NBCUniversal’s growing family entertainment business.”

In his new role, Katzenberg will work with NBCUniversal’s AwesomenessTV, NOVA and other new media units, the company stated.

Two IT analysts told eWEEK that the deal is intriguing for the companies and for consumers.

“This clearly showcases that Comcast is anticipating the end of cable and is beginning to pivot the company in more of a Netflix/Amazon/HBO streamed-content service direction,” Rob Enderle, principal analyst of Enderle Group, told eWEEK in an email reply to an inquiry. “While cable isn’t going away tomorrow, Comcast needs a fallback plan if the market continues to move away from cable models to content services.”

For a company like Comcast, it can “still provide far more current content thanks to unique licenses than content-only companies can, but this too is likely to change so they need their own exclusive content to assure they remain favored,” wrote Enderle. “They will still need to deal with their massive customer satisfaction issues, but this move showcases that Comcast is working to make sure they don’t go quietly into the night.”

Comcast Buying DreamWorks Animation for $3.8B as It Expands Its Reach

Patrick Moorhead, principal analyst at Moor Insights & Strategy, told eWEEK in an email reply that as cable companies and telecom carriers “move into the future, they need to be more than ‘fat, dumb pipes.’ Some companies are going after a commercial angle, becoming a cloud provider like Deutsche Telekom, and others, like Comcast are connecting their pipes with content.”

It remains to be seen if this is the right approach, wrote Moorhead. “On the surface it looks good, but content and pipes don’t always mesh well. Anyone remember AOL and Time Warner?”

Comcast has made other strides to go after the streaming video market, including the launch of its Comcast Stream online video streaming service for $15 per month. The service, which was announced last July, provides customers with a package of live television stations, all over their cable Internet connections. The Stream service works without a television or cable box, instead bringing a live video stream directly to a customer’s in-home devices over the Internet via a cable modem. Stream is an Internet-only service and is not connected to Comcast’s cable television services, which remain separate. Among the channels included in Stream are network programming from ABC, CBS, The CW, Fox, NBC, PBS, Telemundo, Univision, HBO and local channels where a subscriber lives.