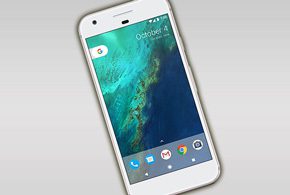 Since going on sale Oct. 20, Google’s Pixel and Pixel XL Android smartphones are so popular that several versions are completely out of stock and others are apparently taking longer to get to buyers than previously estimated by Google.

“We’re thrilled to see the excitement for our new Pixel phones, and frankly preorder demand has exceeded our expectations,” a Google spokesman wrote via email in reply to an Oct. 27 eWEEK inquiry. “We’re working to restock our inventory as soon as possible.”

The Pixel handsets, which Google has designed and engineered, are sold through the Google Store and Verizon, including Verizon mini-stores inside selected Best Buy stores.

The company unveiled the long-rumored Pixel and Pixel XL smartphones on Oct. 4 after months of speculation. Also announced at the time was Google’s upcoming $79 Daydream View VR headset, which will arrive in November. Consumers who preordered and paid for their new Pixel smartphones were eligible to receive a free Daydream View headset through a promotional code with their purchase, while supplies lasted.

The standard Pixel phone has a 5-inch full HD AMOLED display, which is covered with Corning Gorilla Glass 4, has a 2,770mAh battery, and is 5.6 inches tall, 2.7 inches wide and 0.3 inches thick.

Its larger stablemate, the Pixel XL, has a 5.5-inch quad HD AMOLED display, a Corning Gorilla Glass 4 cover and a 3,450mAh battery, and is 6 inches long, 2.9 inches wide and 0.34 inches thick. The phones are the first Google devices to include the latest Google Assistant services built-in to assist consumers in their everyday lives.

Both phone models feature a metal unibody design with curved edges, a Snapdragon 821 MSM8996 quad-core processor, 4GB of LPDDR4 memory, a 12.3-megapixel auto-focus, rear main camera with an f/2.0 lens and an 8-megapixel front-facing, fixed-focus camera with an f/2.4 lens. The two handsets can capture and play 4K video as well as 1080p and 720p video.

Both models also include a rear-mounted fingerprint sensor for device and user security, fast charging that can provide up to 7 hours of use from a 15-minute charge, a USB Type-C port, a 3.5mm headset jack, a single SIM receptacle and a single bottom-firing speaker. Also included is 24/7 technical support for the handsets through a preloaded app that gives tech support personnel the ability to examine the phone remotely after the owner consents to the assistance.

In addition, both handsets will include Google’s new Android Nougat operating system with automatic updates in the background and free unlimited storage of photos and videos at original quality and full resolution through Google Photos.

Buyers can also obtain their Pixel or Pixel XL handsets with a free SIM card that will work with Google’s Project Fi mobile phone services. A two-year device protection plan is available for $99.

The handsets come in Quite Black or Very Silver in 32GB or 128GB versions, but only in a 32GB version in the other color choice, Really Blue.

The phones also come with new transfer tools to help new owners move all of their photos, emails, contacts and other personal data to their new Pixel handset from their old smartphone.

The Pixel phones are also built to be fully compatible with the new Daydream View VR headset, giving users the ability to consume a wide variety of VR content that is being offered by Google and its partners.