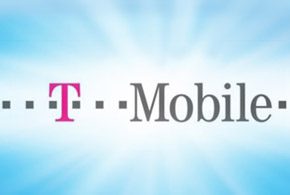 To survive in the tough mobile business marketplace in the United States, cellular carrier T-Mobile has to find a merger partner that will work out in the near future. That’s the tough analysis of Tim Hoettges, the CEO of T-Mobile parent company Deutsche Telekom, who made his comments in a recently published interview.

“[Hoettges] says he was ‘intrigued’ at the notion of creating a ‘super-maverick’ wireless competitor with fellow second-tier carrier Sprint” through a merger proposal that arose in the second half of 2014, but that was not to be, according to a Jan. 19 report from The Consumerist. “I hope that the political environment will change at one point in time,” he said.

In early August 2014, Sprint dropped its plans to buy T-Mobile after the move was opposed by regulators, according to reports at the time. Sprint had been rumored for months to be seeking a merger with T-Mobile so that the two struggling companies could join together and fight harder to compete with mobile powers Verizon Wireless and AT&T. Neither company ever commented publicly on those rumors until Sprint finally said in August that it was giving up its plans. Following the aborted merger attempt, Sprint then shook up its executive ranks by replacing its CEO, Dan Hesse, with Marcelo Claure, the founder and CEO of Brightstar, a subsidiary of Softbank, Sprint’s parent company.

T-Mobile’s CEO, John Legere, has been working hard against his competitors with price cuts and data bonuses to lure new customers since then, and those moves have certainly been noticed, Hoettges said in the interview. “We have done what we had to do. We had built an infrastructure and this infrastructure had to get utilized and we did that with very aggressive promotions.”

Now, though, true results need to be seen, he said. “The question is always the economics in the long term … and earning appropriate money,” he said. “You have to earn your money back at one point in time.”

In December 2014, rumors circulated that Sprint might again try to buy T-Mobile, but the reports were quickly dashed, according to an earlier eWEEK report.

In December 2014, T-Mobile unveiled a data rollover program for customers who pay for at least 3GB of 4G LTE high-speed data each month. Under the program, customers will be able to save their unused high-speed data plan allocations each month and roll it over for use in future months, according to an earlier eWEEK report.

In October 2014, T-Mobile reported that it added 2.3 million new overall customers in the third quarter of 2014 as the company boosted revenue to $7.35 billion, an increase of 9.9 percent from the $6.68 billion in revenue posted in the same quarter in 2013. The company also touted the addition of 10 million new customers during the last six quarters.