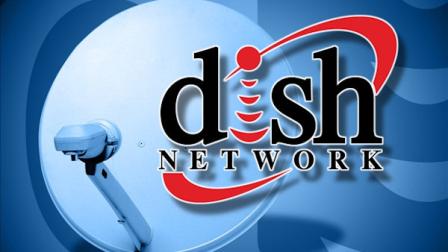 The imagery couldn’t be more blatant in the full-page ad that Dish Networks is running in The Washington Post. In the ad, a picture of container cranes at a seaport is positioned above the image of an Ethernet router, with the port marked “Internet” pointedly left empty.

The ad says that the security of the United States should never be left in the hands of a foreign company and equates the failed bid by a company in Kuwait to buy U.S. port operations companies to the Sprint–SoftBank merger.

While full-page public policy ads are nothing new in newspapers in Washington, the intensity of the last-ditch effort by Dish to block a U.S. telecommunications merger is something different.

In addition to the ads, Dish has been waging a public relations war against SoftBank issuing statements raising alarm at a recently reported agreement by Sprint and SoftBank to allow U.S. government approval of one of the surviving corporation’s board members. Dish also downplayed foreign ownership of T-Mobile, which is owned by Deutsche Telekom and Verizon Wireless, which is almost half owned by Vodafone.

But the Dish press releases and ads ignore the history of the transaction, the historic postwar relationship between Japan and the U.S., as well as the law concerning foreign ownership. One source at Sprint pointed out that because Japan is a strategic U.S. ally and a signatory of the World Trade Organization (WTO) as is the U.S., that foreign investment in U.S. companies is presumed to be in the best interests of the U.S.

Currently the SoftBank merger with Sprint is nearly done with the regulatory review process. Once that’s complete, the Federal Communications Commission will consider the merger. There, approval is widely expected. While the FCC’s public interest review process will take a while, SoftBank’s merger with Sprint could be complete by the end of the year.

Meanwhile, Sprint’s Special Committee continues to consider the Dish offer to buy all of Sprint, versus the current merger by SoftBank to buy 70 percent. In that transaction, Sprint has begun its due diligence review of the Dish merger bid. If the Special Committee that’s considering the Dish merger offer comes back with a favorable report, then Sprint can call off the SoftBank merger and go with Dish after paying SoftBank a breakup fee.

But that’s not all. Sprint has a merger of its own wending its way through the approval process, which is the plan to buy the slightly less-than-half of Clearwire that it doesn’t already own. On May 28, the Clearwire board sent a letter to stockholders stating that in light of Sprint’s increased offer of $3.40 a share for the company’s stock, the board recommended that shareholders vote to approve that proposal.

Dish has also made an offer to buy Clearwire out of the grasp of Sprint, but that bid looks unlikely, given the fact that Sprint has said that the company would never approve it. But of course, if Dish prevails in its purchase of Sprint, then it would get Clearwire anyway. Adding to the complexity is the fact that if Sprint successfully buys Clearwire, as seems likely, then that could change the value of Sprint in both mergers.

This lack of clarity in terms of the future helps explain why Dish has gone up against SoftBank as a threat to national security. Mergers are complex, but to suggest a lurking security threat is easy to understand. But as is the case in most telecom mergers, nothing is ever that simple.

During a hearing before the House Committee on Energy and Commerce on the national security threats related to the Sprint merger, Stewart Baker, the former head of the Committee on Foreign Investment in the United States, pointed out that the government would actually have more control over national security issues if Sprint were bought by SoftBank than if the company were to be bought by Dish.

The reason is the additional regulatory oversight that SoftBank accepted when it agreed to allow the U.S. to approve a director. That means, among other things that Chinese suppliers Huawei and ZTE would not be approved for use on the Sprint network.

Dish Network, on the other hand, would have would have no such restriction and no such oversight. It’s worth noting that Baker is currently employed at the Washington law firm of Steptoe and Johnson, the same firm that represents Dish, although Baker is not on the Dish legal team.

So what happens next? Assuming the Sprint–Clearwire merger receives shareholder approval, which is expected since enough votes have already been pledged to Sprint, then Clearwire will become part of Sprint before the Softbank merger is completed. That merger must still make it through the FCC’s review process. When that’s done, the merger between Sprint and SoftBank can be consummated.

That is it will move forward unless Sprint’s board decides as a result of a special committee report that it wants to go with Dish. If that happens, then the approval process goes back to square one. Normally if the Sprint sale didn’t go to Dish, you expect that company to try to buy T-Mobile, but that can’t happen anytime soon, because DT agreed as part of its purchase of MetroPCS to retain ownership of T-Mobile for at least another 18 months. After that who knows? Maybe Dish will try to buy that part of AT&T that’s rumored to be up for sale.