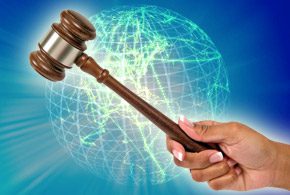 U.S. District Judge William Alsup has delayed the start of Waymo’s civil lawsuit against ride-sharing company Uber after revealing that U.S. Department of Justice lawyers provided evidence he said showed that Uber and its lawyers had engaged in an elaborate cover up of trade-secret theft activities.

Waymo’s parent company Alphabet was preparing to go to trial in a civil suit that charged Uber had benefitted from the theft of trade secrets from Waymo’s self-driving car research.

By providing the evidence, the Justice Department also revealed that the department is conducting a criminal investigation of Uber and its management. Further testimony about the new evidence also revealed that former Uber CEO Travis Kalanick was also involved in the activities described.

The evidence is a 37-page letter written by a former Uber security executive Richard Jacobs to Uber’s general counsel after he was fired. The letter detailed a list of practices engaged in by Uber specifically to steal trade secrets from competitors.

The unit apparently communicated within itself and with the other executives at Uber using the Wickr app, an encrypted, self-erasing communications service based on servers that were not attributable to Uber.

In the letter, Jacobs detailed how the Uber trade secrets unit included a manager who would seek out and hire employees from other companies working on self-driving cars as a way to obtain the trade secrets they knew. The anonymous servers, the encrypted communications and the automatic deletion were all practices explicitly put into place to avoid Uber’s records from being revealed during legal actions, Jacobs said.

Uber’s in-house attorney, Angela Pedilla, admitted to the judge that she had decided that the letter from Jacobs wasn’t relevant and that she’d withheld the letter when records were demanded by the court during the discovery process. At that point the judge reportedly called her decision “inexplicable” and remarked that he can no longer trust the lawyers for Uber.

At this point, the Jacobs letter is being held under seal, but Judge Alsup has given the DOJ prosecutors until 5:00 PST November 29 to file any objections, or he plans to make the entire letter public.

Meanwhile, the existence of the letter, in addition to the existence of the cover-up, has caused the judge to decide that he couldn’t make Waymo conduct its part of the trial when all of the evidence hadn’t been revealed. So he continued the case while he and Waymo investigate. He has not set a date to resume the trial.

If the evidence is proved in court it will make it extremely difficult for Uber to win the case. The judge has already told Uber that he will tell the jury about the cover-up and while Uber is claiming that the information in the letter isn’t accurate, the judge clearly isn’t buying it.

The alleged actions by Uber to obtain trade secrets appear to be part of an institutionalized practice of hiding the truth, of working to compete unfairly and to prevent law enforcement and other legal authorities from finding out about those practices.

Some of those practices included an effort to track the drivers of the Lyft ride-sharing service, which is Uber’s primary competitor and offer them bribes to leave Lyft. Uber reportedly developed a program it named Hell to derail Lyft operations where it could. That effort is reportedly also being investigated by the FBI.

Uber executives also visited the company’s autonomous vehicle research group in Pittsburgh and instructed the unit’s researchers to use the secret communications that the company had developed, reportedly explaining that it was necessary to keep information from showing up in court during civil or criminal proceedings.

Following the testimony about Uber’s practices, Judge Alsup has ordered Uber to turn over an unredacted copy of the Jacobs letter as well as a complete list of all employees who used the Wickr app and its secure communications service.

At this point in the Waymo vs. Uber case, several things are coming clear. One is that there’s lot more at stake than millions of dollars in potential damages from the civil case, which wouldn’t hurt Uber all that much.

Now it’s clear that the DOJ is actively pursuing criminal charges against the company and its senior management. One of those leaders who appears to be liable is Travis Kalanick, who could face prosecution if investigators find sufficient evidence that he knew and approved the illegal activities at his company.

The criminal investigation of Uber’s practices also put at risk the massive investment being considered by SoftBank and its CEO Masayoshi Son, who by now must have doubts about investing in a company with such an uncertain future.

The constant stream of revelations about Uber’s legally dubious practices must be making Uber’s new CEO, Dara Khosrowshahi, wonder about the wisdom of taking on the job, although it must be said that when he found out about the practices, he stopped them.

What Khosrowshahi can’t stop is potentially long-lasting damage to the nascent autonomous vehicle industry. The growing evidence of Uber’s illegal, unethical and anti-competitive practices, if proven in the courts, could effectively sabotage the industry by delaying development while squandering the research of its own engineers who were doing legitimate work on autonomous vehicle technology.

Eventually, self-driving cars and freight-carrying trucks will appear in growing numbers on U.S. highways. But whether Uber will have any significant role in that effort is appearing increasingly doubtful. It’s also impossible to tell how many months or years these research efforts have been set back by the unethical practices revealed so far in the legal against again Uber.

It’s also questionable whether Uber will ultimately survive as a going concern in the ride-sharing business. If the DOJ moves to indict Uber executives; if the civil case results in massive damage awards; or the court orders Uber to disgorge the fruits of research based on stolen trade secrets, Uber’s future even as an independent ride-sharing company could be bleak.

Perhaps the only way Khosrowshahi can save the company is to convince the board to remove Kalanick along with his appointees and to terminate all of the executives and senior employees proven to have been involved in illegal operations.

While Khosrowshahi has said that he wants to keep the employees in place, by now he must realize that the trade secrets lawsuit and now the criminal investigation is growing cancer inside the company. The only way to cure this cancer is to remove it completely even though it will leave an ugly scar. But a scar is better than corporate death, which could be the eventual outcome if Uber doesn’t cure itself.