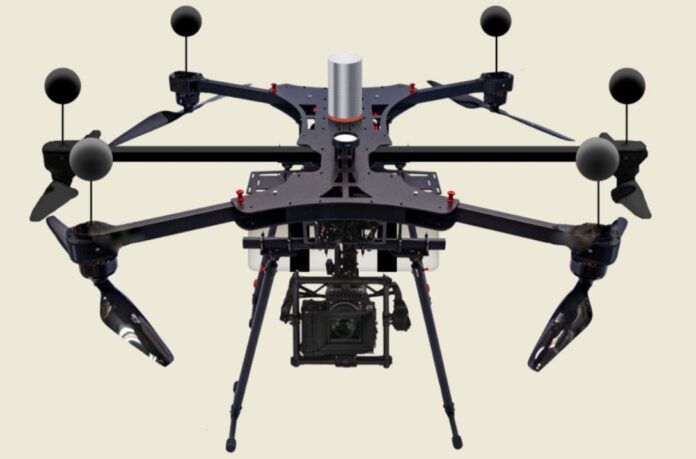 An important goal of commercial drone operations has always been long distance use. While there have been plenty of cases in which a drone can be put to work within a mile of the operator’s location, moving beyond that limit makes these small, remote-controlled aircraft much more useful to enterprises.

For example, inspecting a transmission line is useful, but inspecting several miles of transmission line all at once is dramatically more useful. The same is true for a number of business applications whether it’s inspecting real estate or taking photos of events during a disaster. Until now, however, companies normally couldn’t get permission to operate commercial drones beyond a mile, or what the Federal Aviation Administration calls line of sight (LOS).

More recently, a limited number of waivers have been available for ranges up to four miles, but those waivers were hard to get because they required specialized knowledge and expertise to operate such drones. Longer flights weren’t permitted until now.

The recent progress is the result of the FAA’s Pathfinder initiative, which involved industry partners working with the agency to develop guidelines and best practices for operating drones in ways that were previously prohibited, such as over crowds of people and beyond visual line of sight (BVLOS). To accomplish this the industry partners had to find ways to detect and avoid other aircraft while maintaining safe operations.

Drone maker PrecisionHawk and partners Mitre Corp.and the FAA have put together a report that makes a safety case for operations at distances of as much as 50 miles from the operator of the drone. According to PrecisionHawk CEO Michael Chasen, the guidance that users need to follow to operate BVLOS drones has to include an operational checklist, qualified operators with adequate hours operating the specific type of drone being used and a means of detecting aircraft.

Detecting most aircraft is fairly straightforward. An aircraft avoidance system called Automatic Dependent Surveillance—Broadcast (ADS-B) allows an aircraft to know the location of other aircraft with the same system. Chasen calls these “cooperative aircraft.”

But there are thousands of aircraft, especially general aviation and private aircraft that aren’t outfitted with the avoidance technology. To detect those aircraft, PrecisionHawk researchers located remote sensing company SARA (Scientific Applications & Research Associates) that had a technology capable of using sound to locate an aircraft up to ten miles away. The SARA detection system, according to Chasen, is about the size of an iPhone and is light enough to be mounted on a drone.

The drones also use access to a real-time database of aircraft locations provided by Harris Corporation. “We have put together an example of a drone that can fly 50 miles,” Chasen said. “This is a blueprint for companies about how to fly beyond line of sight.”

The Pathfinder Report includes details of how drones can avoid collisions with other aircraft, including handling avoidance maneuvers and near-misses. It also sets requirements for assistive technology (meaning how the drone’s location is visualized by the operator and how it’s controlled), crew training and experience requirements, along with the requirements for the aircraft itself.

The Pathfinder Report was released on May 1, so there aren’t any drone operators that have received the required FAA waivers to begin long-distance commercial drone operations. However PrecisionHawk is already operating in what’s called extended line of sight modes that allow the drone to travel up to four miles beyond the operator’s position.

Chasen said that PrecisionHawk has seen a great deal of interest among enterprise customers for BVLOS operations. To supply drones to meet that level of interest the company has developed a BVLOS-enabled multi-rotor drone platform. This platform can automatically identify all cooperative and non-cooperative aircraft in a 10 kilometer radius. Its design was based on the blueprint outlined in the Pathfinder Report.

“Flying drones over long distances—an imperative for inspecting miles of oil and gas pipeline in remote areas or hundreds of acres of crops—has been all but impossible to-date as the FAA requires very high safety standards from drone operators seeking to fly beyond line of sight,” Chasen said in a prepared statement.

The Pathfinder Report is a significant step towards actions such as drone deliveries, as has been envisioned by Amazon and other companies. At this point, long range drones are required to have human pilots, but even that requirement paves the way for a major step in commercial drone operations. While Amazon and others are looking towards future use of autonomous drones, having to use human pilots will still be more efficient than operating a vast fleet of delivery trucks and drivers that have to deal with crazed motorists, rush hour traffic, or remote delivery sites.

It will still be a while before you see routine beyond the visual line of sight drone operations. The FAA is obsessively safety oriented and until drone operators can prove that they can meet safety requirements, their drones won’t be allowed to fly. However, at least some operators such as PrecisionHawk will be able to provide flight services, teach others through their consulting arm and share their expertise in partnership with the FAA.

So your Amazon order won’t be coming by drone next week. But next year? Well, maybe.