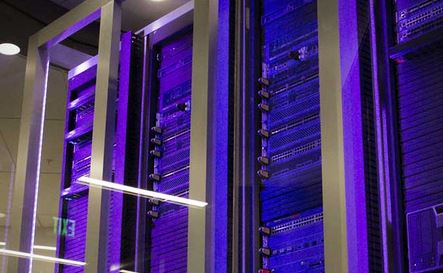 If you haven’t yet heard much about how “edge” networks are going to become a major force in the IT of the future, you’d better be prepared for reading a lot about them soon. In fact, right now is one of those times.

For the past few years here at eWEEK, we’ve been citing the continued convergence of new-gen networks, unlimited storage, faster and cooler-running processors, versatile devices and leaner software to create entirely new markets, such as artificial intelligence, AR/VR, automated cars, blockchain, cloud services and many others.

At the same time, users and their devices at the network edge, coupled with high demand for secure, reliable connectivity, have created major complexity for enterprise IT charged with managing it all.

For the record, an edge network can be a fabric of independent edge devices–servers, sensors, desktop computers, smartphones, tablets and other connected devices–that are able to join together to get tasks done outside of a data center or a cloud. An edge network could–and usually will–connect with a cloud at some point, but it doesn’t have to do so. Edge networks will make up the bulk of internet of things deployments in the future.

All of this behooves enterprise IT administrators to have some kind of intelligent management system in place before it’s needed–and it will be needed.

Smart OmniEdge is comprised of a secure, unified wired/wireless infrastructure and AI-driven management capabilities, accessible through a single control panel. It provides common visibility, policy and authentication services across the entire infrastructure, the company said.

Aimed squarely at the growth of users and internet of things (IoT) devices, Smart OmniEdge delivers a consistent screen experience across diverse network environments—either as an on-premises deployment or an as-a-service offering.

Smart OmniEdge incorporates pervasive intelligence and security throughout the solution, the company said. As the network edge has become the primary access for users, devices and IoT, it has also become an attack surface. Smart OmniEdge is intrinsically secure, from the Wi-Fi RF, access point and Ethernet switches which extend through the campus to the data center, with automated compliance checks, threat detection, analytics and mitigation from the time of IoT device onboarding until completion of the user’s session, the company said.