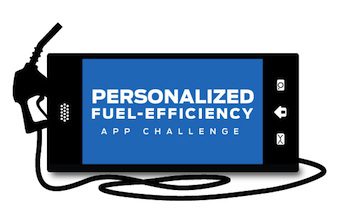 NEW YORK—In a car market rampant with claims about the most-efficient brands and greenest vehicles, Ford executives are looking for an application that can help consumers to understand how they personally can create a more fuel-efficient experience.

The contest highlights that, more than terrain or weather, the way we drive is the biggest determinant of fuel efficiency. But it also underscores the growing ties between the automotive and mobile device worlds, and how cars, like smartphones, are becoming increasingly personal and in sync with users’ other devices and lives.

After delivering the keynote, Jim Farley, Ford’s approachable and strikingly earnest-seeming chief marketing officer, moved to a much smaller side room where for a far smaller crowd he sat alongside representatives from Google and Facebook and discussed the still nascent stages of what’s widely expected to be a tremendous development in automaking.

Regarding the app contest he’d just announced, Farley said it was a “big deal” to decide to make it opt-in. App developers will have access to Ford’s OpenXC open-source development platform, which can read real-time sensor data such as mileage, throttle position, vehicle speed and more—all valuable data points.

“One thing we’ve learned is that a mobile device is like a piece of jewelry—it’s private [and] it’s specific to you,” Farley said, speaking to where lines need to be drawn, even as new connections are being made. “Because of that, advertising on that device is different from advertising on other devices. It won’t work if it’s annoying, and it won’t work if it’s creepy, because it’s a private device.”

That said, the deepening relationship between cars and personal devices does offer opportunities.

Doug Frisbie, Facebook’s head of automotive vertical marketing, who also made a cameo during Farley’s keynote, pointed out that cars were once the way that people stayed connected to those they care about. The opportunity today, he said, “is not about phones or social software in cars, but about remembering that no matter the device, it’s the ability to connect that matters.”

About a year and a half ago, Facebook held an all-night hackathon for developers that was attended by some Ford engineers.

“We wanted to see where the opportunities lie … and think about how people really want to connect in the vehicle. Is it listening to music that your friends like instead of what’s on the radio? … It’s thinking like that we’re thinking about together.”

The winning app was one that checked a driver into a Facebook event when he or she arrived and turned off the engine.

Michelle Morris, Google’s industry director of automotive, said there has “never been a more exciting time to be in automotive.”

Ford has indicated that its key demographics to target are women, millennials and Hispanics, and Morris said mobility offers an opportunity to target the various demographics and “in the exact context that they want.” She added that millennials, for example, are “very open-minded” and open to shopping across brands and platforms, more so than other generations.

“We can get down to a market size of one. How cool is that?” said Venkatesh Prasad, Ford’s senior technical leader for open innovation. Through software, and by placing some hardware in a car, “there’s a lot you can do by modifying the car and making it just for you,” Prasad said. “We realized that by lowering the barriers to innovation … we really can get to a market size of one.”

Also discussed by the panel was Google Glass, and what it could mean for already distracted drivers. A West Virginia state legislator this week tried to make it illegal to wear Glass or other head-mounted displays while driving.

When asked why the app contest focused on fuel efficiency and not distracted driving—a topic Ford has focused on frequently and started a program to educate teens about back in 2009—Farley answered that fuel efficiency is the No. 1 topic that customers want to talk about.

“We need to figure out how it makes the car almost a destination in itself, and distracted driving is a big piece of that,” Farley said. He added that while voice will likely play a part, it’s unclear how it will fully be addressed.

Brendan Kraham, Google’s director of global mobile sales and product strategy, pointed out that “if things are happening predictively, there’s less of a need for people to fiddle with their phones.”

Kraham had also participated in the keynote, saying that he anticipates greater communication between our devices, cars included. If you search for oil change information at home, he said, when you get in your car it should recognize that and pull up directions to the nearest dealership.

Kraham said Google Now’s predictive capabilities pulled up his boarding pass for him on the way to the airport, and directions to his hotel when he landed. Such proactive gestures can keep a driver looking at the road instead of turning to his phone.

During the keynote, he added that when the dashboard of a person’s car becomes a seamlessly connected screen, it will “truly become a more important, integrated part of your life.”

He also quoted a basic tenet of Google Chairman Eric Schmidt’s that summarized how constantly connected the world is now.