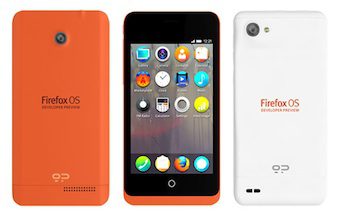 Reuters reported the news May 28, pointing to a report from Focus Taiwan, which cited an “industry insider.” Earlier rumors had pointed to a smartphone.

Foxconn, which manufactures devices for numerous electronics companies, has made headlines in recent years as the assembler of Apple’s iPhones and iPads.

In April, Hon Hai announced a 19 percent decline in sales during its fiscal first quarter, with the blame going to slowed sales of the Apple iPhone. According to CNBC, Hon Hai’s iPhone and iPad assembly work accounts for between 60 and 70 percent of its revenue.

The New York Times, which has stated the above figure at a more tempered “at least 40 percent,” reported May 6 that Hon Hai is looking to diversify beyond Apple, but that, like other manufacturers, it’s in a tricky spot: When customers’ sales are slow, it loses money, but if it creates its own competing product—to make up for some of those lost profits—it risks losing its customers.

According to the Times, Hon Hai’s plan is to make an “especially aggressive push” into designing and manufacturing flat-screen televisions.

It’s rumored that Apple is also planning to enter the television market.

“We still need to leverage business development partners’ advantage to provide an attractive and most competitive product to the market,” Kay Chiu, vice president of Foxconn’s consumer electronics division, told the Times in an email, regarding its plans.

In January, Mozilla, the company behind the Firefox Web browser, introduced two developer preview smartphones running an open-source mobile operating system it had built, saying it is working on “bringing the power of the Web to mobile.”

In late February, at the 2013 Mobile World Congress, Mozilla announced that the phones had the backing of 17 major operators worldwide, including Sprint in the United States.

The Firefox OS is built entirely on open Web standards, enabling every feature to be developed as an HTML5 application. The platform’s flexibility also makes it easy for carriers to tailor the devices—from the interface to local services—to customers.

“Our goal is to level the playing field and usher in an explosion of content and services that will meet the diverse needs of the next 2 billion people online,” said Mozilla CEO Gary Kovacs, in a statement at the time.

Operators America Movil, Deutsche Telekom, Telefonica and Telenor will be the first to offer the phones, sometime around midyear.

As part of its Mobile World Congress announcement, Mozilla said it planned to work on its first phones with manufacturers Alcatel, LG and ZTE, and then later with Huawei. All of the Firefox phones will be powered by Qualcomm’s Snapdragon processors.

According to Reuters, Hon Hai has said that while most of the devices it manufactures run either Apple’s iOS or Google’s Android, it will add Firefox to its product line.

Neither Mozilla nor Hon Hai are commenting on the rumor.