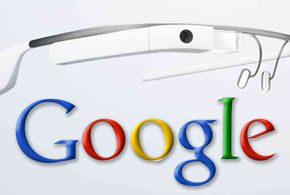 Google Glass could someday offer trendy frames from famous makers such as Ray-Ban, Oakley, Vogue-Eyewear and Alain Mikli under a partnership unveiled with eyeglass frame vendor The Luxottica Group.

The deal was announced on the Google Glass Google+ page on March 24, giving future Glass owners some very cool fashion possibilities as the development of more frames that work with Glass will eventually get under way.

“We’ve got some big news to share as we announce today that we have agreed to join forces with Luxottica,” the post states. “The Luxottica Group is a leader in premium, luxury and sports eyewear with over 5,000 optical and sun retail stores in the U.S. and has a strong, well-balanced brand portfolio that includes Ray-Ban, Oakley, Vogue-Eyewear, Persol, Oliver Peoples, Alain Mikli and Arnette.”
So far, early Glass “Explorer” testers—the devices are not yet available for retail sales—are able to choose from only four frames available for purchase, including curved, thin, split and bold frames, according to Google. All four available models are displayed on the Glass Website. Those frames were announced in January when Google revealed that vision insurance vendor VSP Global will offer reimbursements for Glass frames and lenses under a deal announced by the companies. VSP Global will cover a portion of Google Glass frames and prescription lenses for its insurance customers.

The Luxottica partnership will take Glass fashion even further, giving Glass users many more potential options for their devices. “Luxottica understands how to build, distribute and sell great products that their clients and consumers love—something we care deeply about at Glass, too,” the post states. “They’ll bring design and manufacturing expertise to the mix, and, together, we’ll bring even more Glass style choices to our Explorers. In addition, Luxottica’s retail and wholesale distribution channels will serve us well when we make Glass available to more people down the road.”

The partnership is just getting under way, and it will likely be some time before additional Glass fashion frames are available for sale, the post states. “You’re not going to see Glass on your favorite Oakleys or Ray-Bans tomorrow, but today marks the start of a new chapter in Glass’s design. Excited? Because we definitely are.”

Additional details on when Luxottica frames for Glass will be available will be released in the future, according to the companies. Much of that work will likely be done after the public release of Glass devices, when the market will be seeking such options, according to Google. Initially, at least, the deal with Luxottica will only be for products in the U.S. market.

“We’ll collaborate with Luxottica on the design of all Glass-compatible frames,” Google revealed in an FAQ on the topic. “Luxottica will manufacture these frames and lead distribution of Glass in the eyewear category (in optical shops, kiosks, etc.) and Glass will continue to sell the device online through our Explorer program.”

Google Glass devices are expected to be available for retail sale sometime in 2014, according to previous remarks from Google.

Since Google Glass is only available so far through the Explorer Program, or through a direct invitation from a Glass Explorer to another person, customers who want to obtain a prescription version of Glass using one of the four available frames today has to go through the Glass Website that other early users employ, according to Google. In the Web store, Explorers will be able to go to the “Accessories” section of the site to select and buy Glass frames that can accommodate prescription lenses, according to Google.

Attachable sun shades are also available in several styles for purchase. The frames will cost $225, while the shades will sell for $150, according to Google. Users will have to check with VSP to find out how much of the fees are reimbursable under their vision plans.

Since the first Glass devices began shipping to Explorers in April 2013, some users have already been modifying their Glass units to work with prescription lenses, based on reports from users on social media sites and other sources.

Google Glass has been a topic of conversation among techies since news of the futuristic devices first surfaced in 2012 at the Google I/O developer’s conference. Developers at the show were offered the chance to buy early Explorer versions of Glass for $1,500 for testing and development. Glass was the hit of the conference.