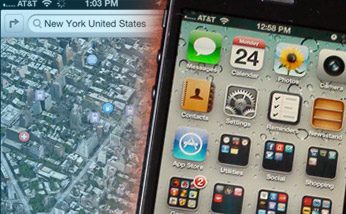 Google’s rumored Maps app for Apple’s iOS 6 mobile operating system has been awaited by many iOS 6 users who were disappointed with Apple’s own built-in mapping app, but that anticipation may soon be turning into disappointment.

“Sources at Google familiar with its mapping plans say they are ‘not optimistic’ that Apple will ever approve a dedicated Google Maps iOS app,” according to a report from The (London) Guardian. “Though the app is reportedly in development and should be ready to ship by the end of the year, the sources say their plans are only proceeding in ‘the unlikely event that Apple will choose to approve the app.'”

Apple iOS users can certainly use Google Maps through their mobile browsers, but the stand-alone maps apps can be easier to use and view on the small screens of mobile devices.

Google’s rumored Maps App for iOS 6 has taken on a lot of interest since Apple’s new Maps App in iOS 6 debuted in September to vocal criticism from users. After iOS 6 became available for download Sept. 19, many users around the world began taking to the Internet to loudly vent their frustrations about the loss of Google Maps in the company’s new mobile operating system for the iPhone, iPad and iPod Touch. The new Apple Maps app was panned big time, based on dozens of posts on Twitter and other social media sites.

Among the loudest complaints have been incorrect maps, a lack of points of interest being displayed and a total lack of transit directions for mass transit systems in large cities, which Apple is adding.

“While one source indicated increased hopes that the dedicated Google Maps iOS app will eventually be approved now that Apple’s maps leader, Scott Forstall, has departed the company, another was less than enthusiastic about any increased prospects, citing industry politics and Apple’s need to save face as much as possible and ‘keep moving forward in an effort to make its obviously inferior product better,'” The Guardian story reported. “The source also cites the present organization of the App Store, which, to them, suggests Apple has little interest in approving an official Google Maps app.”

Forstall ran Apple’s software development and was a protege of the late Steve Jobs. He was apparently being groomed for a larger role in the company but was fired after he refused to apologize for the problems with the Apple Maps app. Forstall led a team that designed the Maps apps in iOS 6 that was intended to replace Google’s Maps app to eliminate the software of Apple’s primary competitor from its devices.

When the Apple Maps app was found to be faulty and roundly criticized by consumers, Forstall refused to sign an apology issued by Apple. Instead, he advocated addressing the outcry without apologizing, as Apple had done when it shipped iPhones with faulty antennas a few years ago.

In October, some early fuzzy screenshots that purported to represent the proposed Google maps app for iOS 6 were leaked by a San Francisco-based apps developer who claims that the images show some of the planned features of the hotly awaited Google Maps App. The images showed the fledgling app to be vector-based, with two-finger rotation to any angle. The app was also purported to be “super-fast” and would apparently support the 4-inch height of the latest iPhone 5 models from Apple.

Apple’s removal of Google Maps, which had been built into iOS since the debut of the iPhone in 2007, in favor of Apple’s own Maps application was announced in May.

The problems and complaints regarding iOS 6 inspired Apple CEO Tim Cook to apologize publicly for the lackluster performance of Apple’s Maps service, which replaced Google Maps in the iOS system.

“At Apple, we strive to make world-class products that deliver the best experience possible to our customers,” Cook wrote in a note posted Sept. 27 on Apple’s Website. “With the launch of our new Maps last week, we fell short on this commitment. We are extremely sorry for the frustration this has caused our customers, and we are doing everything we can to make Maps better.”

Cook even pointed out several mapping alternatives that Apple users can install in the meantime so they regain the mapping functions they had before Google Maps was removed from iOS 6. “While we’re improving Maps, you can try alternatives by downloading map apps from the App Store like Bing, MapQuest and Waze, or use Google or Nokia maps by going to their Websites and creating an icon on your home screen to their Web app.”

Google Maps previously had been included in every previous version of iOS since the arrival of the iPhone in 2007. Apple removed Google Maps after a five-year agreement with Google expired.

Google has apparently been looking at building its own Google Maps App for iOS 6 since Apple announced that it would replace the app with its own version. Google Chairman Eric Schmidt has publicly said that any such app would have to get approval from Apple to be offered in the Apple App Store.