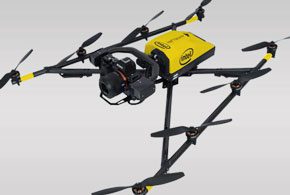 Google parent Alphabet’s efforts to put a fleet of unmanned aircraft systems (UAS) in the sky over the next few years for tasks such as package delivery and pickup appear to be taking flight.

The company’s Project Wing this week said it had successfully tested an air traffic management system it has been developing for managing UAS flight paths in an automated manner.

Project Wing was one of multiple organizations that took part in a series of nationwide tests of so-called Unmanned Traffic Management (UTM) systems organized by NASA and the Federal Aviation Administration (FAA) this week.

The goal was to show how a single drone operator, or organization could safely operate multiple drones in the same airspace without the need for manual steering, said James Burgess, co-lead of Project Wing in a blog on Medium.

“We showed that our traffic management platform can manage the complex flight paths of multiple UAS at the same time,” he said. The test showed how Project Wing’s UTM can automatically plan new aerial routes for unmanned aircraft any time conflicts arise. Such capabilities are critical to ensuring a future where multiple UAS operators can safely fly their unmanned systems, Burgess said.

Project Wing is one of several companies racing to develop product delivery systems using unmanned aerial vehicles. By far the most prominent among them is Amazon, which has said it plans to use drones to deliver lightweight packages to customers in the next few years. The company has already done prototype runs of its Prime Air service and will use the system for package deliveries involving distances that can be covered in 30 minutes or less.

According to Burgess, Project Wing’s UTM efforts are focused on delivering a handful of core capabilities. They include real-time route planning for aerial systems in the same area, notifications to alert operators of unexpected hazardous conditions and notifications to help operators avoid the FAA’s no-fly zones.

Over the next few months Google will work on integrating features that will allow its UTM technology to support even more simultaneous flights in more complex conditions than this week’s test environment.

The company will also continue to work with other companies that have drone delivery projects to see what kind of requirements they might have for an UTM system, he said. Within the next few years, expect to see companies with fleets of thousands of drone delivery systems in the air at the same time.

“We’ll need systems that can dynamically route UAS not only around each other, but around manned aircraft, buildings, terrain, weather patterns and special events,” Burgess said.