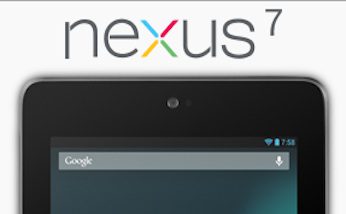 Search giant Google’s foray into the low-cost tablet market, the Nexus 7, will get an upgrade this July as the company moves from Nvidia’s Tegra 3 chip, used in the first edition of the device, to a Qualcomm Snapdragon processor, according to unnamed sources quoted by Reuters.

The 7-inch tablet will also have a thinner bezel and higher-screen resolution. The company’s decision to move to Qualcomm was based on that chip’s more powerful processing capability, the sources said. All Snapdragon processors contain the circuitry to decode high-definition video resolution at 720p or 1080p, depending on the Snapdragon chipset.

The sources also said Google would discontinue the old model when the new tablet debuted, and one source said Google might decide to lower the entry-level price to $149 from $199.

The Nexus 7 was designed and developed by Google in conjunction with Asus to provide consumers with another option in the tablet market—specifically people who don’t want to shell out upwards of $400 for an Apple iPad or want a smaller form factor. Incorporating built-in WiFi and near-field communication (NFC) connectivity, it is marketed as an entertainment device with integration with Google Play and runs the company’s Android operating system.

With a price starting at $199, the Nexus 7 competes with similar devices such as Amazon’s Kindle Fire, Barnes & Noble’s Nook Tablet and Nook HD, and Apple’s iPad Mini. In a February blog post, mobile industry analyst Benedict Evans estimated around 4.5 million Nexus 7 tablets have been sold since the device went on sale in June 2012.

Longer term, Apple’s iOS and Google’s Android platforms will eventually relinquish some market share to Windows-based tablets, with Windows 8 predicted to grow from 1 percent of the market in 2012 to 7.4 percent in 2017. However, IDC said it expects Windows RT growth to remain below 3 percent during the forecast period.