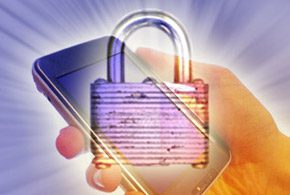 Android’s status as the world most widely deployed mobile operating system has in recent years been somewhat clouded by the fact that it is also one of the most vulnerable to security threats.

In its latest effort to address the issue, Google this week announced Play Protect, an always-on service for scanning Android applications running on a user’s device and alerting them about potentially harmful behavior.

The technology, which is basically an antivirus tool, scans all Android applications downloaded from Google’s official Play store as well as those downloaded from third-party sites.

Information about any malicious behavior is uploaded to a Google cloud system where it becomes part of a larger dataset that is used to extent Play Protect’s effectiveness.

At its Google I/O conference in Mountain View, Calif. this week, Google also previewed new management and security features in Android O, the latest version of the operating system that is scheduled for release later this year. The features, according to the company, are designed to bolster application and data protections for enterprises running Android applications.

“Google Play Protect is built into every Android device with Google Play and uses the latest in advanced machine learning technology to identify threats and automatically keep them off your device,” Google senior product manager Travis McCoy said on Google’s The Keyword blog.

The technology gives people, who are using their Android devices in a work setting, more control over the security of their application environment, McCoy said. And it gives IT administrators a way to ensure that harmful apps are weeded out of all Android devices that are used to access enterprise applications.

The company also introduced strong authentication and encryption controls for protecting data at rest on Android devices and a feature that lets administrators use network logging to analyze threats and better control file-based encryption, McCoy said.

The new measures continue Google’s efforts to make Android more secure for enterprises. In recent years, the company has added numerous mobile device management and application management features designed to give administrators better visibility and control over Android devices in the work place.

Mobile administrators have the ability to create fully managed profiles on Android devices for running enterprise applications and keeping them separate from personal applications and data on the same device.

Following the disclosure of the Stagefright vulnerabilities in 2015, which impacted hundreds of millions of Android devices, Google also has implemented a monthly security patch update to speed up the Android bug fixing process.

Despite such measures the Android environment has continued to struggle with security vulnerabilities, Statistics maintained by the MITRE Corp. shows that a total of 523 distinct vulnerabilities were reported in Android in 2016 compared to 161 in iOS.

So far this year though, with 200 reported vulnerabilities Android is only marginally ahead of the 194 vulnerabilities reported in iOS suggesting that Google’s efforts may be starting to yield results.