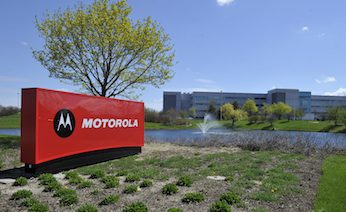 Google-owned Motorola has begun laying off some 1,200 employees, or about 10 percent of its workforce.

According to a March 8 report in The Wall Street Journal, the latest round of job cuts is part of a larger workforce-reduction plan announced after Google bought Motorola’s Mobility hardware unit last year.

“These cuts are a continuation of the reductions we announced last summer,” a Motorola spokesperson told The Journal. “It’s obviously very hard for the employees concerned, and we are committed to helping them through this difficult transition.”

In August 2012, three months after the $12.5 billion acquisition, Motorola Mobility said it would lay off 4,000 employees, or 20 percent of its 20,000 workers. At the end of 2012, the Motorola unit reported that it had just over 11,000 employees, not including the employees of its Home Business, which it’s in the process of selling to the Arris Group for $2.35 billion. That division is said to employ about 7,000.

Motorola alerted its employees to the new cuts earlier this week, writing in a companywide email obtained by The Journal, “while we’re very optimistic about the new products in our pipeline, we still face challenges.”

The statement added that Motorola’s “costs are too high, we’re operating in markets where we’re not competitive and we’re losing money.”

The move will include job losses in the United States, China and India.

Motorola has failed to be profitable since Google purchased it by many accounts for its patent portfolio—a critical asset in a market in which patent-infringement litigation is everyday news. Google has also called Motorola an insurance policy for its Android operating system, which Samsung has been the most successful at proliferating.

Comments made March 5 by Nikesh Arora, senior vice president and chief business officer at Google, at a dB Media and Telecom Conference seemed to enforce the idea of a new Motorola, but instead may have hinted at the additional streamlining to come.

When asked by an analyst how Motorola plans to compete against emerging mobile platforms like Mozilla’s Firefox OS, Arora answered: “I think if you look hard, you’ll see how acutely they’ve streamlined the business over the last nine months. We’re already focusing on what’s important … [and] focusing on how to run the company in a streamlined way, because we believe it’s important to be nimble in that space of smartphones, because there are a lot of people out there who are trying to innovate.”

Motorola is rumored to be working on a device, called the “X Phone,” that will enable it to take on the iPhone and Samsung’s high-end Galaxy devices. It’s rumored to feature a large battery, an excellent camera and a durable design.

On Jan. 22, Google announced that Motorola Mobile posted an operating loss of $353 million, compared with a loss of $152 million the year before.

“In today’s multi-screen world,” said Google CEO Larry Page, “we face tremendous opportunities as a technology company focused on user benefits. It’s an incredibly exciting time to be at Google.”