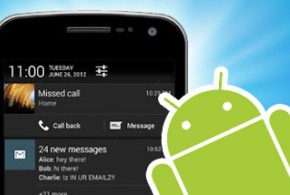 Android developers will have a healthy array of new tools as they begin working with the latest Android mobile operating system, Version 4.3, which was unveiled by Google on July 24.

Android 4.3 is a “sweeter version of Jelly Bean” that powers the new Nexus 7 tablet that was just announced by Google, wrote Dave Burke, the engineering director of the Android platform, in a July 24 post on the Android Developers Blog. The new OS is coming soon to Google Play and retail outlets, he wrote, and it’s “rolling out now as an update to Nexus 4, Nexus 7, Nexus 10, and Galaxy Nexus HSPA+ devices across the world.”

For developers, the new version includes new APIs and capabilities that they can incorporate into their Android apps.

One of the key new tools, wrote Burke, is OpenGL ES 3.0, which will allow game developers to take advantage of OpenGL ES 3.0 and EGL extensions as standard features of Android, with access from either framework or native APIs. Also added are Bluetooth Smart capabilities, which will allow apps to communicate with the many types of low-power Bluetooth Smart devices and sensors that are now available.

Other new developer tools include the availability of restricted profiles, which allow tablet owners to create restricted profiles to limit access to apps, for family, friends, kiosks and more. Using the tools, developers will now be able to offer various types of restrictions to let tablet owners control its capabilities in each profile, wrote Burke.

A new modular Digital Rights Management framework is also now integrated that will enable media application developers “to more easily integrate DRM into their own streaming protocols such as MPEG DASH,” wrote Burke. “Apps can also access a built-in VP8 encoder from framework or native APIs for high-quality video capture.”

In addition, new notification access capabilities are available to Android developers so that their apps “can now access and interact with the stream of status bar notifications as they are posted,” wrote Burke. “You can display them in any way you want, including routing them to nearby Bluetooth devices, and you can update and dismiss notifications as needed.”

Improved new profiling tools have also been added, including new tags in the Systrace tool and on-screen GPU profiling that allow developers to have new ways to build better performance into their apps.

More details on the new tools can be found in the Android 4.3 platform highlights created by the Android team, as well as an API overview on the new APIs.

Google is also releasing an update to the Android Native Developers Kit Version (NDK) 9, which gives developers native access to the OpenGL ES 3.0 APIs and other stable APIs in Android 4.3, wrote Burke. “If you use high-performance graphics in your games or apps, make sure to check it out.”

Developers can start developing and testing on Android 4.3 right away using Android Studio or in ADT/Ant, wrote Burke. The Android 4.3 Platform (API level 18) as well as the SDK Tools, Platform Tools and Support Library can be downloaded immediately from the Android SDK Manager, he wrote.

The new Nexus 7 tablets running Android 4.3 will go on sale starting July 30. The Best Buy retail chain got ahead of Google’s announcements on July 24 by launching a pre-order system for the new devices.