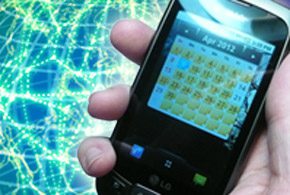 Despite the increase in the adoption of WiFi hotspots, many consumers are still concerned with the cost, usability and lack of plan options available, according to survey of more than 700 mobile consumers conducted by uSamp and commissioned by wireless and mobility solutions provider Smith Micro Software.

The survey found 62 percent of smartphone users leverage their devices’ hotspot capabilities, an increase of 9 percent since May 2012. While 71 percent of respondents said they have used a dedicated hotspot device, a smartphone hotspot or both to connect WiFi devices to the mobile Internet, almost half are not frequent users and more than a quarter do not pay their carrier for hotspot service, but instead use over-the-top applications to access this feature on their smartphones.

“Over 90 percent of tablets sold in the U.S. are WiFi-only, so leveraging a smartphone’s hotspot feature to monetize these devices is a great opportunity for carriers,” Sunil Marolia, Smith Micro vice president of product management, said in a statement. “Our survey results highlight some concerns preventing broader adoption, and significant revenue leakage associated with hotspot service. By making mobile hotspots easier to use, with more flexible business models behind them, operators can better capitalize on the revenue potential of these devices.”

For nearly one-third of respondents who do not use any form of personal hotspot, privacy concerns (27 percent) and the desire to avoid another wireless contract (21 percent were major contributors to non-usage). The majority of hotspot users are heavy data consumers, yet more than two-thirds of light and moderate data users would tap personal hotspot services if their carrier offered a pay-as-you-go pricing model, indicating a potential revenue opportunity for wireless carriers.