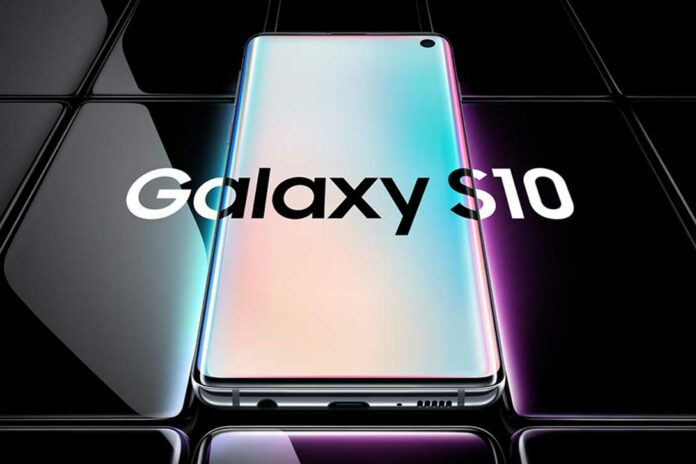 Just after Samsung unveiled its all-new Galaxy S10 smartphone lineup to the world on Feb. 20, several IT analysts shared their insights with eWEEK about the new devices, their features and their potential impact on the smartphone market.

From the top-of-the-line Galaxy S10+ to the entertainment-focused Galaxy S10e and the not-yet-ready-until-summer S10 5G model, the analysts had a wide range of impressions about the latest handsets and their implications. The phones are available for preorders on Feb. 21 and feature bigger displays, improved cameras, higher performance and longer battery life.

The phones, which were unveiled at a glitzy Galaxy Unpacked 2019 event in San Francisco that was live-streamed around the world, introduced a new budget version in the S10 lineup—the Galaxy S10e—as well as a standard Galaxy S10 phone, a larger S10+ handset and the upcoming Galaxy S10 5G. Both the S10 and the S10+ are larger and more feature-packed than the S9 and S9+ models they are replacing.

Dan Olds, principal analyst at Gabriel Consulting Group, told eWEEK that the jump from the previous Galaxy S9 to the new Galaxy S10 is a more significant step up for users than the move from the earlier Galaxy S8 to the Galaxy S9.

“The S10 has a new screen design with less bezel, and we all know that less bezel is better,” said Olds. “The new chip fueling this phone plus the 4GB extra RAM should provide significantly higher performance than the S9. We won’t know exactly how much more until the phone is released and we see some real-world benchmarks, but I’m estimating the new S10 will perform 25-30 percent better than the S9 it replaces.”

“I believe Samsung did more than enough to incentivize Galaxy S8 owners to upgrade, and even for some Galaxy S9 owners who just want to have the best,” said Moorhead.

“I was pleasantly surprised at the under-display ultrasonic fingerprint reader,” he added. “I believe users will love this feature and, by using the ultrasonic technology, should be more secure. Fingerprint readers on the back of a device don’t work well, and many users get many rejections with their existing 3D face log-ins.”

Moorhead said it makes sense that Samsung brought out the cheaper, entertainment-focused S10e model for some users for the first time. “As markets mature, companies need to segment more and be more precise with offerings with a certain set of features at a certain price,” he said. “This is the way the auto industry operates and why it is still profitable. So, yes, I expected the S10e as consumers in many regions are looking for an entry-level premium model smartphone without some of the bells and whistles.”

Another analyst, Rob Enderle of Enderle Group, said he wasn’t surprised by the emergence of the S10e because phone prices continue to soar.

“Smartphones have gotten too expensive, and there is a lot of pressure at the low end from new companies that are clearly taking share from the larger firms,” said Enderle. “The market is price-sensitive. Still, value phones tied to a premium brand tend to devalue the premium brand, which could hurt Samsung long term.”

What really surprised Enderle was that the new S10+, the S10 and the S10e were announced without having built-in 5G capabilities from the start. “Given the big feature right now is 5G and these phones don’t yet have it, I’m wondering if the company missed a meeting,” he said. “It really makes no sense to upgrade to a phone that doesn’t support 5G right now because you’ll want several years of use and a non-5G phone is effectively obsolete when the 5G products launch this year.”

That means that unless the other new features in these latest phones are up to the job of luring buyers, Enderle is not sure how they will fare in the market. “Without 5G and given the amount of ink 5G is pulling, I have my doubts whether these new features will be enough to overcome the concern of premature obsolescence that the lack of 5G creates,” he said. “It is like buying a car right now without self-driving.”

Avi Greengart, principal analyst at Techsponential, told eWEEK that he sees Samsung’s new phones as attractive in design and feature content, while also noting that they are continuing to get improved Samsung software.

Greengart said he is not at all concerned about Samsung delaying the release of the S10 5G handsets until later this year. “5G networks are just beginning to be deployed,” he said. “It would be foolish not to delay launching new flagship phones today for networks that won’t be fully deployed until 2020 or beyond.”

Overall, the new S10 handsets include a wide range of iterative improvements, and consumers who need a new phone will be delighted to get them, said Greengart. “There are some interesting things that the additional processing power provided that may escape notice—like the ability to add Dolby post-processing on in-game audio without introducing lag,” he said. “However, smartphones are a mature category, and the S10 is not inexpensive. Samsung is unlikely to accelerate the upgrade cycle with them.”

Another analyst, Frank Gillett of Forrester Research, said the latest display, camera and performance features in the new models should help Samsung keep its Android leadership position throughout the world, except for in China, where Chinese phone makers rule the market.

“It’s great that they added a smaller, lower priced S10e to the lineup to offer customers more choice,” said Gillett. “Those devices will help keep Samsung customers upgrading, even as the repurchase cycle lengthens. But Samsung needs more engaging services and features to stay in the lead.”