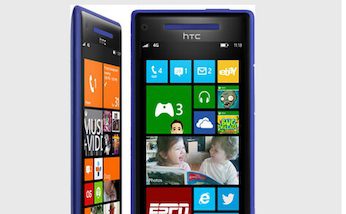 HTC’s profits fell by nearly 80 percent during its third quarter, the company revealed Oct. 8, highlighting a tumultuous year for the Taiwan-based smartphone maker.

Total revenue for the quarter reached approximately $2.4 billion, with net income before tax of $137 million—which was down nearly 50 percent from the same quarter a year ago.

“HTC is still donating market share to Samsung and Apple, and its net profits are shrinking in dramatic fashion,” RBC Capital Markets analyst Mark Sue said in an Oct. 8 report. “In our assessment, other market-share donors include Nokia, Motorola, LG and Sony.”

In 2010, HTC introduced a number of key smartphones that helped propel Google’s Android platform into the mainstream—and ultimately ahead of Apple’s iOS. During its 2010 fourth quarter, which largely mimicked its first three quarters, HTC reported a 160 percent jump in profits. Since the mainstreaming of Android, however, and Samsung’s introduction of its Android-running Galaxy line, HTC has been unable to stay on its feet.

RBC estimates that HTC sold 13 million smartphones during its Sept. 2011 quarter, but just 7 million during its most recent quarter.

HTC’s current answer to Samsung and Apple’s iPhone is its One series of smartphones. The One X was well-regarded by reviewers but was generally sidestepped as consumers raced for Samsung’s Galaxy S III, which was released around the same time. In 100 days’ time, Samsung sold 20 million of the devices.

In April, HTC executives said that, given the competition in the U.S. market, HTC would shift its attention to markets in Asia and Europe. In addition to the One series, it launched a Desire series strongly targeting Chinese consumers.

In September, HTC CEO Peter Chou stood on stage at a New York City event and told the press that HTC has more experience with Microsoft’s Windows Phone OS than any of its competitors.

Chou went on to tell a story about visiting Microsoft CEO Steve Ballmer to discuss how the two companies could “go bigger and better than ever. We talked about doing something different to get consumers really excited about Windows Phone.”

After his powwow with Ballmer, “It was clear what HTC needed to do,” Chou said. He went back to Taiwan and told HTC’s design team, “We have to take a completely fresh approach—we need a breakthrough.”

They came up with the Windows Phone 8X and 8S, which Microsoft and HTC call a hero device and each plan to push “in a big way.” Their launch, said Jason MacKenzie, president of HTC Americas, will be the biggest and most ambitious launch on which the companies have ever partnered.

While it’s likely to have better luck competing against Nokia in the Windows Phone space than Samsung in the Android market, it hasn’t given up on Android.

On Oct. 4,HTC introduced the One X+—a thoroughly upgraded version of the One X—and the One VX, for users preferring a slightly smaller display. AT&T will begin selling the phones in November.

HTC previously warned that the quarter would be disappointing, suggesting that part of its problem was also internal. It said in a statement that it “continues to optimize organizational structure and resources to increase efficiency and competitiveness [and] focusing on key growth areas.”

Bloomberg reported Oct. 8 that, in August, Chou sent an email to HTC staff, explaining the need to increase the company’s sense of urgency and workers’ ability to act quickly. HTC needs to “kill bureaucracy…,” Chou wrote, and “stay firm with the hero innovations.”